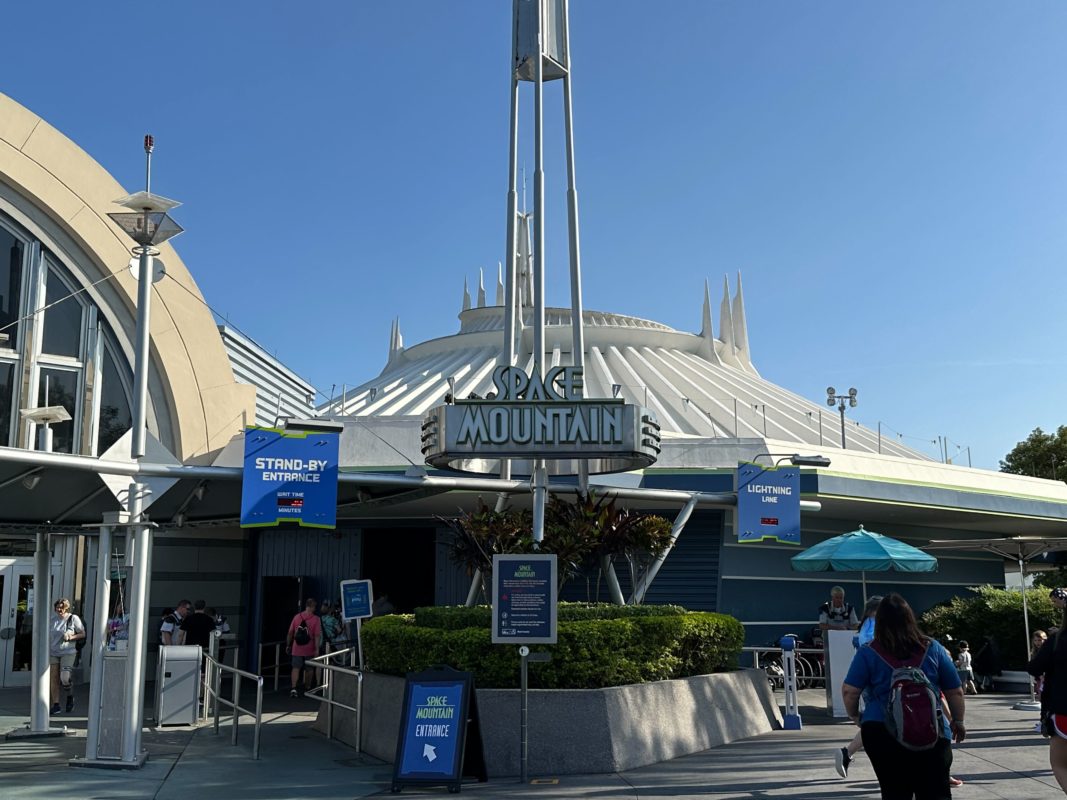 When guests visit Walt Disney World, it is incredibly common to see them whip out their phones to capture the moment. Unlike other Orlando theme parks such as Universal Orlando Resort, filming on attractions at Disney World is typically allowed — but now things are changing.

Disney has put out signage at the Magic Kingdom attraction Space Mountain which indicates that guests can no longer film or hold their phones while they ride. This rule applies for any handheld items, loose articles, as well as items such as phones and cameras. Items are required to be stored during the duration of the ride, in either a bag or the pouch attached to the ride vehicle. 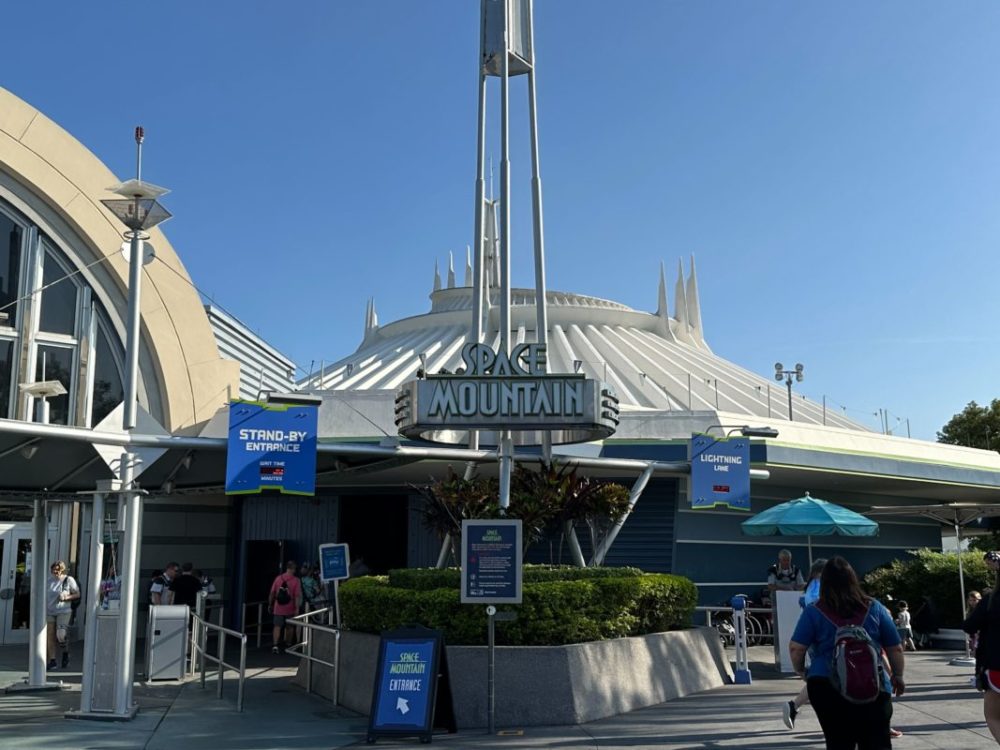 These signs are visible in the entryway of the attraction. 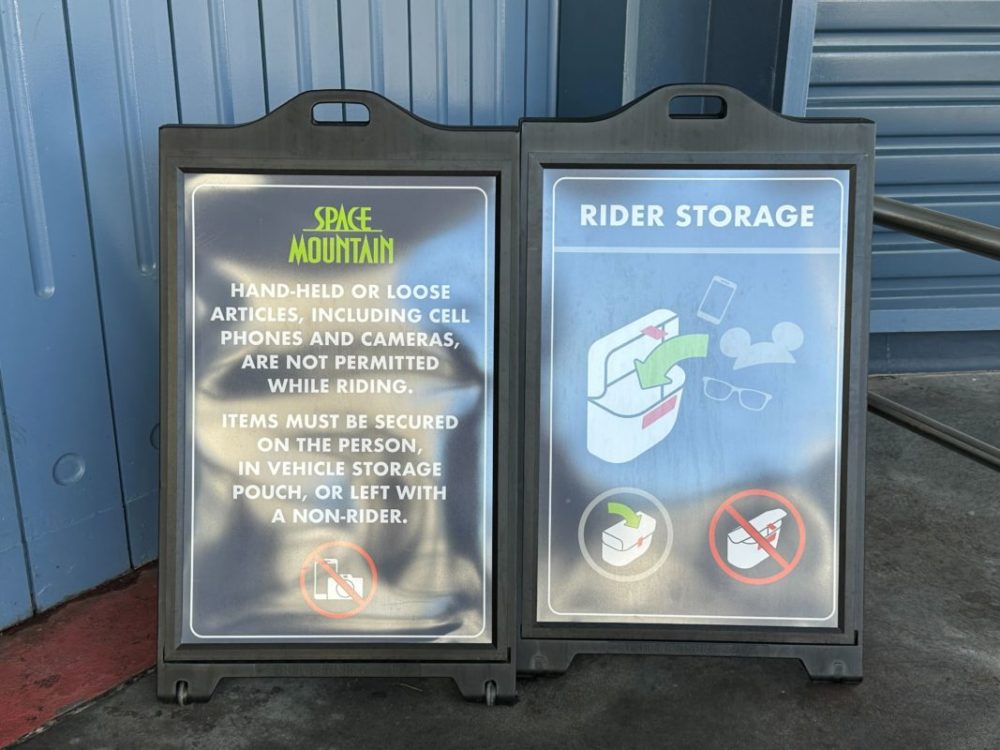 They also appear prior to boarding the attraction. 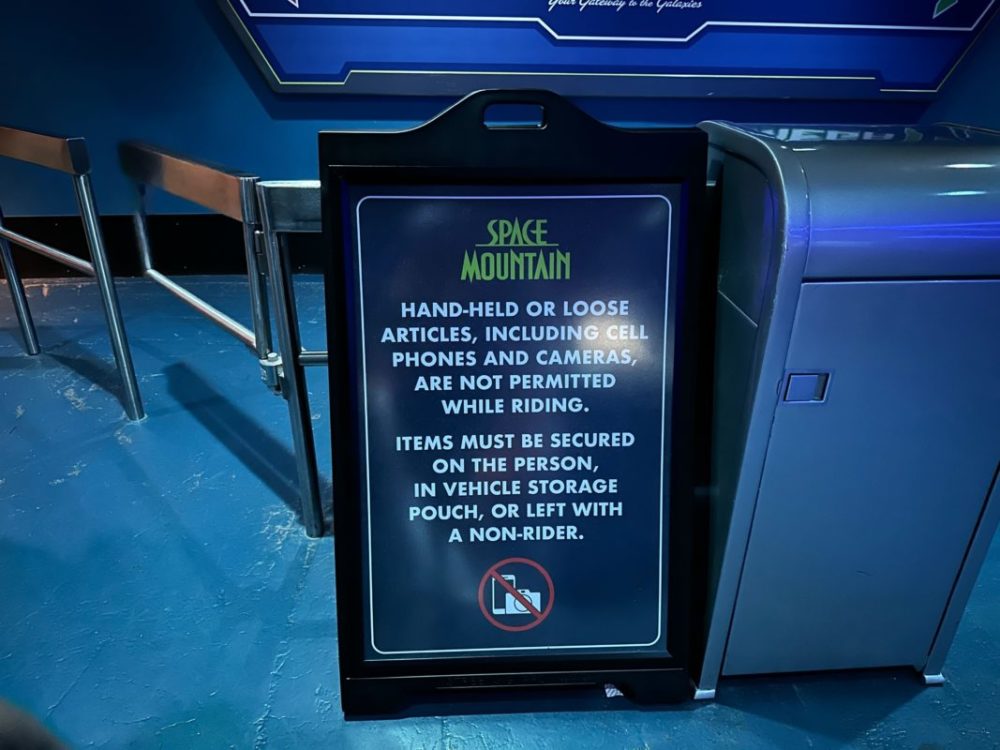 It seems that filming on the attraction is not the main cause for concern, but rather the safety of the guests riding the coaster. Cast Members noted that there have been a few incidents of guests dropping their items while the ride is in motion, which has created a cause for concern for other riders. Considering multiple coasters are moving at once, with riders above and beneath each other constantly, it is easy to understand how dropping an item could potentially harm someone else riding the attraction. 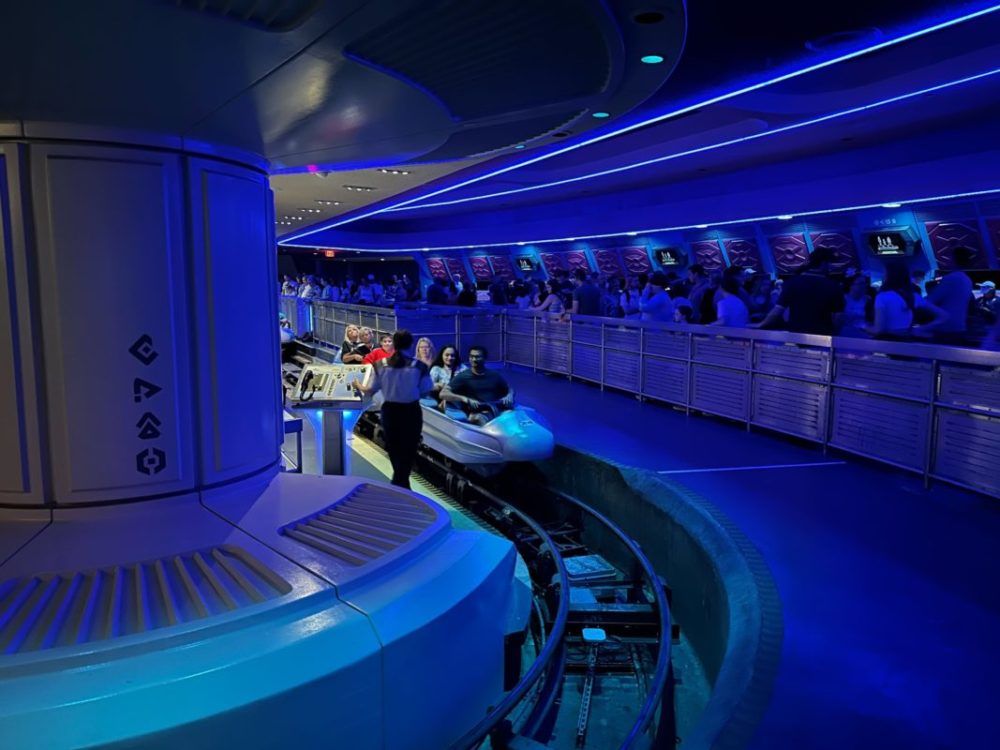 At the current moment, it seems that only Space Mountain has implemented this new rule, and all other attractions at Magic Kingdom, Disney’s Animal Kingdom, Disney’s Hollywood Studios, and Epcot are still allowing handheld items as well as filming with cameras or phones.