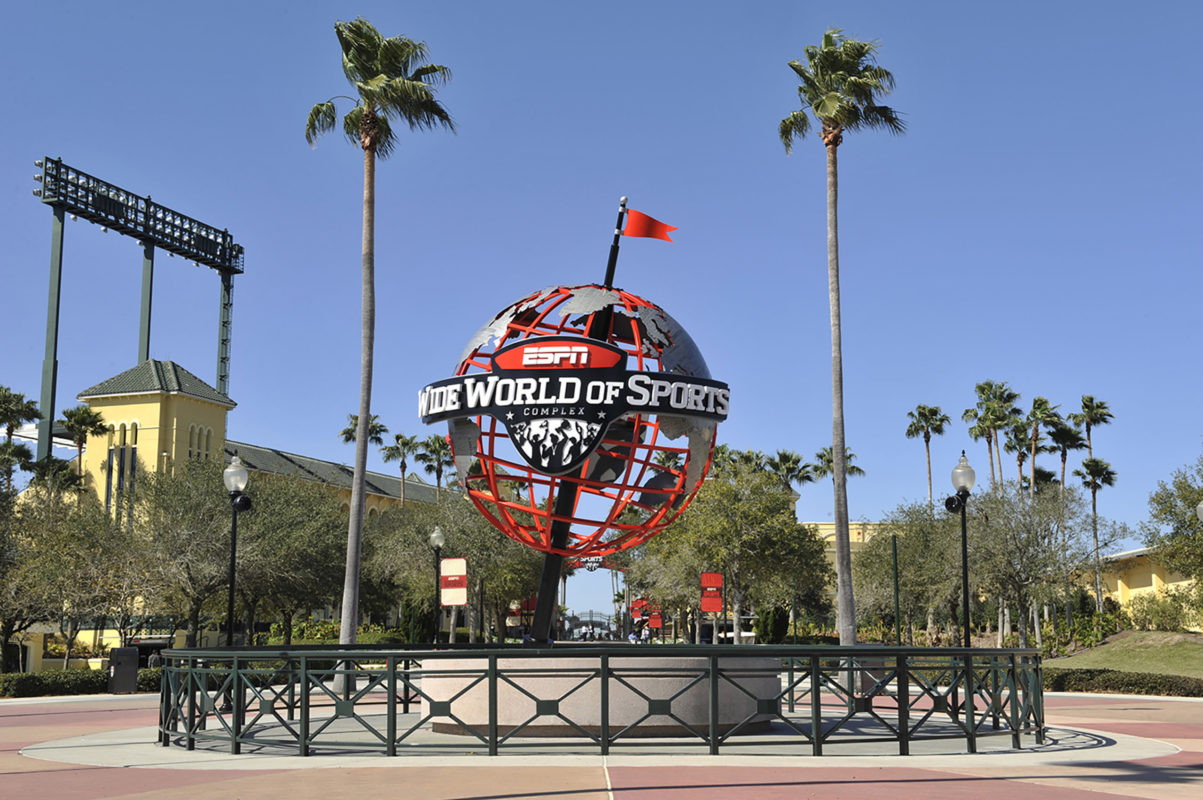 Earlier this month, the Tampa Bay Rays announced they needed to relocate their spring base for 2023 due to extensive damage to team training facilities caused by Hurricane Ian. At the time, they said they were exploring “several options.” Now, Disney and the Tampa Bay Rays have announced that Major League Baseball will be returning to Walt Disney World Resort in 2023, with the team set to hold a portion of its spring training at the ESPN Wide World of Sports Complex.

Following the damage to the Tampa Bay Rays’ facilities in Port Charlotte, Florida caused by Hurricane Ian in September, Walt Disney World Resort is excited to be able to offer the team professional-grade facilities and its renowned hospitality as they hold a portion of their spring training at the ESPN Wide World of Sports Complex.

“We are thankful for Disney’s willingness and ability to accommodate our unexpected Spring Training needs,” said Rays team president Matt Silverman. “ESPN Wide World of Sports Complex will provide our players and coaches with first-class facilities for their annual ramp up to the season.”

“We are thrilled to be bringing Major League Baseball back to Walt Disney World Resort,” said Faron Kelley, vice president of Disney Sports. “We’re always looking for top tier events, like the Rays’ Spring Training for our guests to enjoy at ESPN Wide World of Sports Complex.”

The ESPN Wide World of Sports Complex has a long history of hosting professional baseball, having served as the spring training home of the Atlanta Braves for 20 years (1998-2019) and as a host site for the inaugural 2006 World Baseball Classic, featuring major league players.

The Tampa Bay Rays have also previously used ESPN Wide World of Sports Complex as their home base. In 2007, they played three regular season games at The Stadium and won all three against the Texas Rangers. The following year, they swept a three-game series against the Toronto Blue Jays, bringing their all-time record at Walt Disney World Resort to 6-0.

As the team enters 2023 with high expectations after making the playoffs for the past four seasons, they will be led by standout players such as pitching ace Shane McClanahan, who was named the starting pitcher for the American League All-Star team in 2022, and shortstop Wander Franco, who is expected to be a key contributor to the offense as Tampa Bay aims for their third AL East division title in four years.

The Tampa Bay Rays have been conducting their spring training in Port Charlotte, Florida, located approximately 90 minutes south of St. Petersburg, since 2009.

According to the Associated Press, back on December 1, when the team made the decision, the Tampa Bay Rays and Charlotte County released a joint statement announcing that the damage to Charlotte Sports Park in Port Charlotte cannot be repaired in time to host games this winter.

“We are all disappointed for the residents of Charlotte County and the fans there. The community is in the thoughts and hearts of the Rays, and the team will continue to support recovery efforts,” the statement added. “The Rays and Charlotte County intend to develop a restoration plan for Charlotte Sports Park in the coming weeks.”

Will you be watching the Tampa Bay Rays when they practice at the ESPN Wide World of Sports Complex? Let us know in the comments below.

First Poster Released for ‘Spider-Man: Across the Spider-Verse’