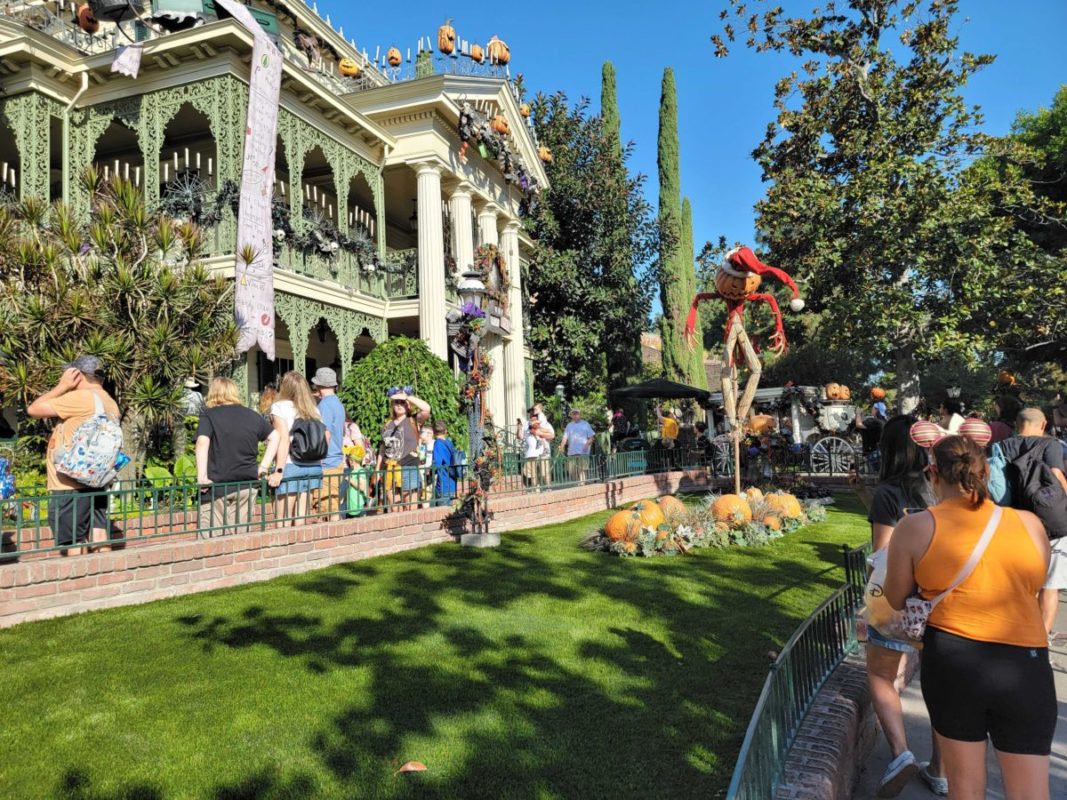 Disneyland’s Haunted Mansion Holiday overlay originally planned to end in the first week of January, has been extended for an additional three weeks, allowing guests to continue experiencing it.

This is not the first time the popular holiday overlay has been extended, but it doesn’t happen every year.  When the holiday overlay is extended, it’s usually to help with ride capacity throughout the park when other attractions are already closed for refurbishment.  Perhaps Disneyland wants to make it through the first weekend of Disney100 Years of Wonder before reducing ride capacity. It’s worth noting that January 27th will be the opening of Mickey & Minnie’s Runaway Railway.

The holiday overlay is inspired by “The Nightmare Before Christmas” film.

Pumpkin King Jack Skellington has been busy decorating the Haunted Mansion with frightfully festive touches inspired by Tim Burton’s The Nightmare Before Christmas. Experience thrilling sights and seasonal surprises created by the citizens of Halloween Town. Sally, Oogie Boogie and other Nightmare nasties will be on hand to wish you “Season’s Screamings!”

Watch our full video of the Haunted Mansion Holiday 2022 below:

Are you excited to experience this version? Let us know in the comments below.