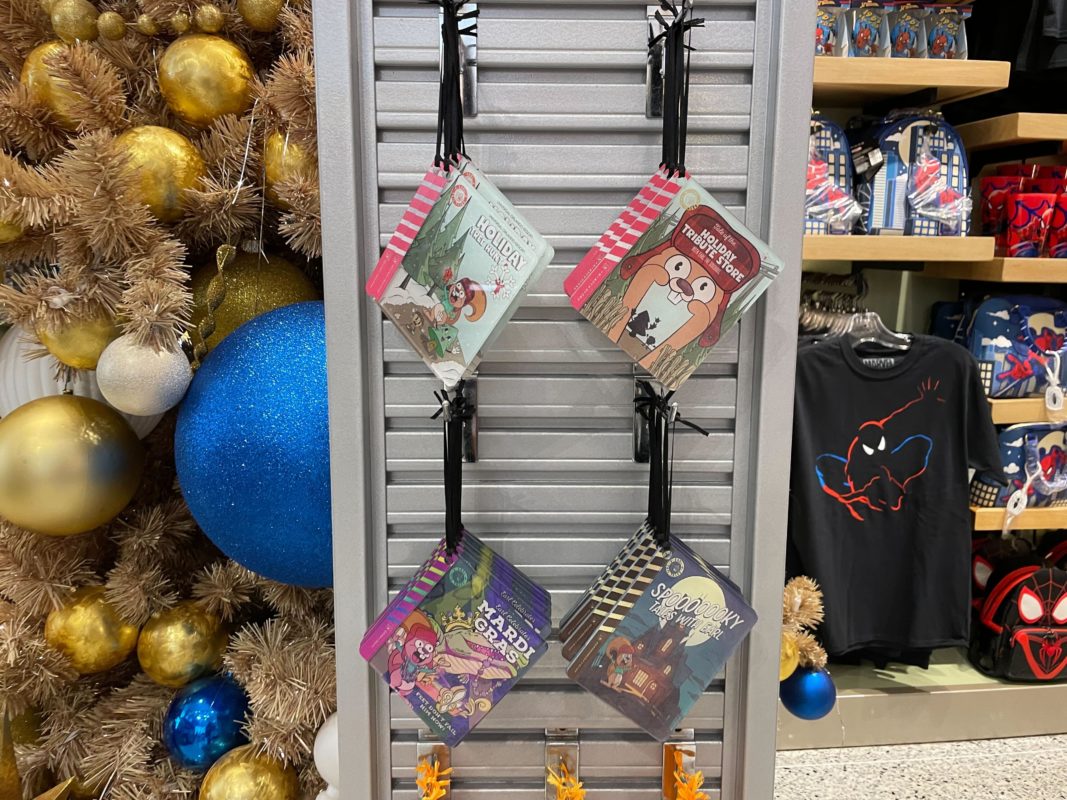 While you’re working through the Holiday Tree Hunt at Universal Orlando Resort, you can also pick up some special Earl the Squirrel ornaments.

This first ornament features Earl on the Holiday Tree Hunt, using the same art from the scavenger hunt’s map.

Earl is marching down a trail of trees with an anthropomorphic tree, acorn, ornament, and snowflake.

This storybook celebrates Halloween with Earl in front of a haunted house.

At the bottom, it says, “Feet don’t fail him now!”

The ornaments are available at most locations on the Holiday Tree Hunt, including Universal Studios Store and the Holiday Tribute Department Store, where you can also get an Earl the Squirrel Mold-A-Rama figure.