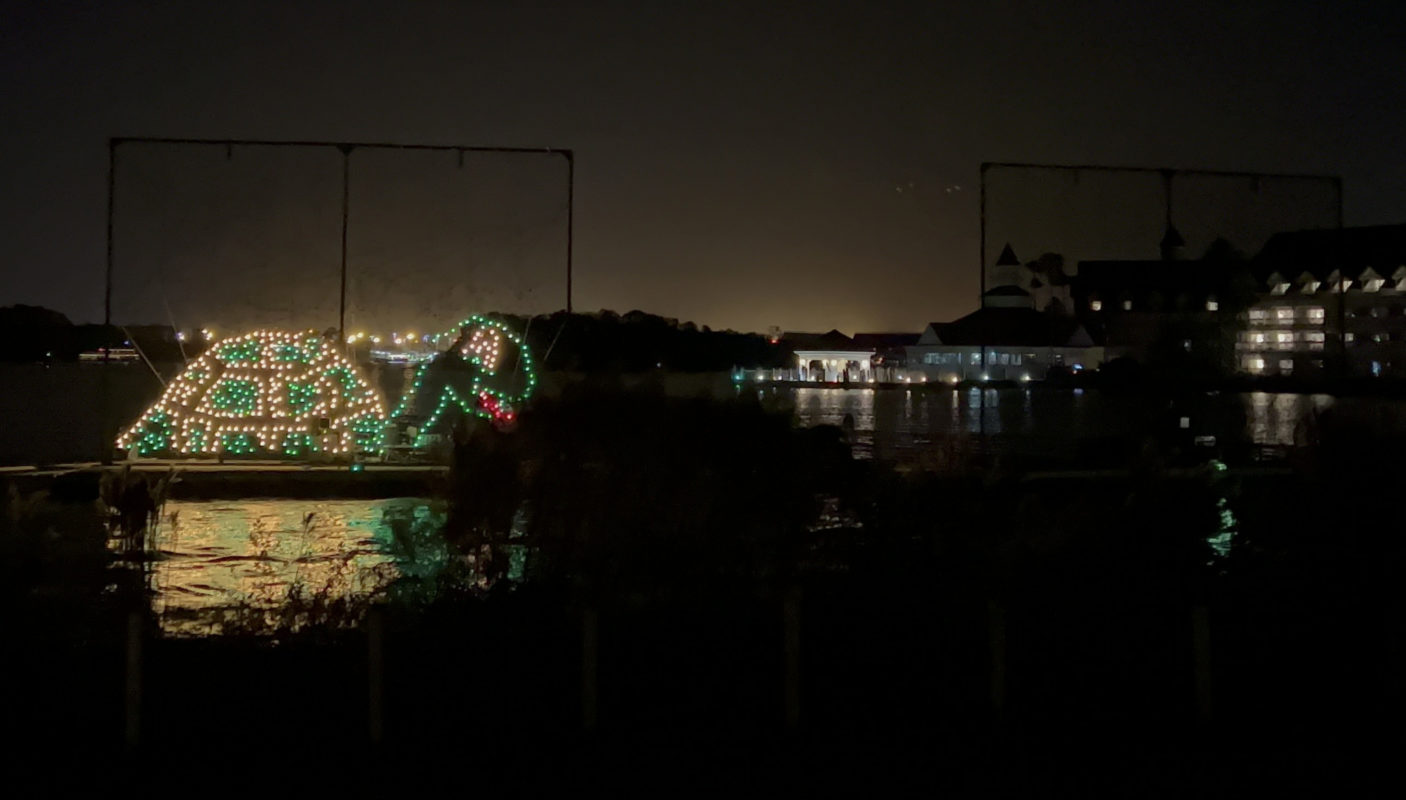 Several of the floats in the “Electrical Water Pageant” at Walt Disney World are currently out of commission, leaving nearly half of the show missing at present.

Reportedly, there’s a major issue with the barges that requires major repairs, and they will be out for 6-8 weeks. This puts them on track for a (roughly) January return. When they return the show and floats should be exactly the same as it was previously, we’re told.

The barges missing are the dolphins, dinosaur, crocodile, sea horses, and Neptune.

The “Electrical Water Pageant” is a show that takes place on the Seven Seas Lagoon every night (weather permitting). It features 14 different floats with lights depicting images of sea creatures. The Pageant debuted in October 1971 at Walt Disney World, and while it has changed slightly over the years, it remains the only show from the resort’s opening years that still runs.