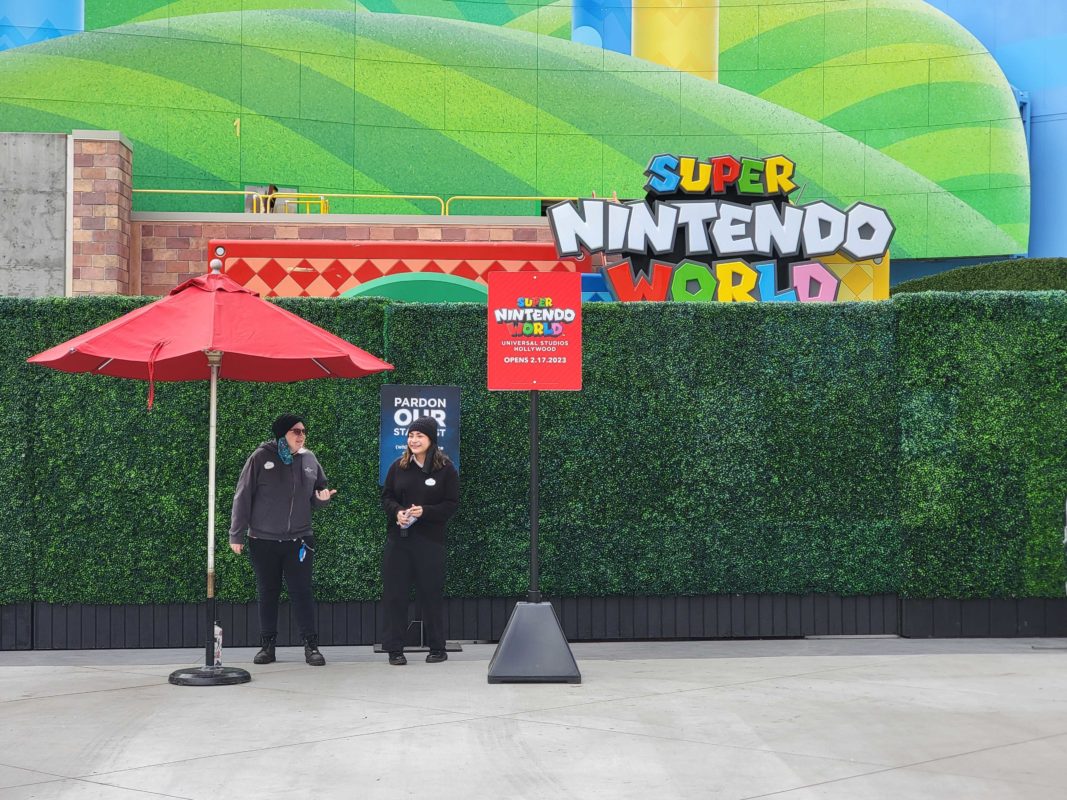 A sign with the opening date of Super Nintendo World in Universal Studios Hollywood has been added to the land’s entrance.

The land is blocked with tall hedges. Two Team Members were standing in front of it under a red umbrella.

The new sign, on the near side of the hedges, states the land will open on February 17, 2023, as announced yesterday.

The Super Nintendo World marquee is visible over the hedges.

The land looks mostly complete, but there is still some ongoing construction.

The entrance tunnel was finally painted green like the iconic green pipes from Mario games.

The pink turrets of Princess Peach’s castle rise among the hills near the land’s entrance.

The life-size figures throughout Super Nintendo World, such as the piranha plants and gold coins, will come to life when the land is open. We have seen some testing of the animation, with figures spinning and moving around.

At the center, crews are painting the mushroom-shaped roof of Toadstool Cafe.

The giant Bowser head was installed on the front of his castle a week ago.

We caught a few glimpses of the ground level and saw some short mushroom platforms.

Nearly Half of ‘Electrical Water Pageant’ Missing for Urgent Repairs