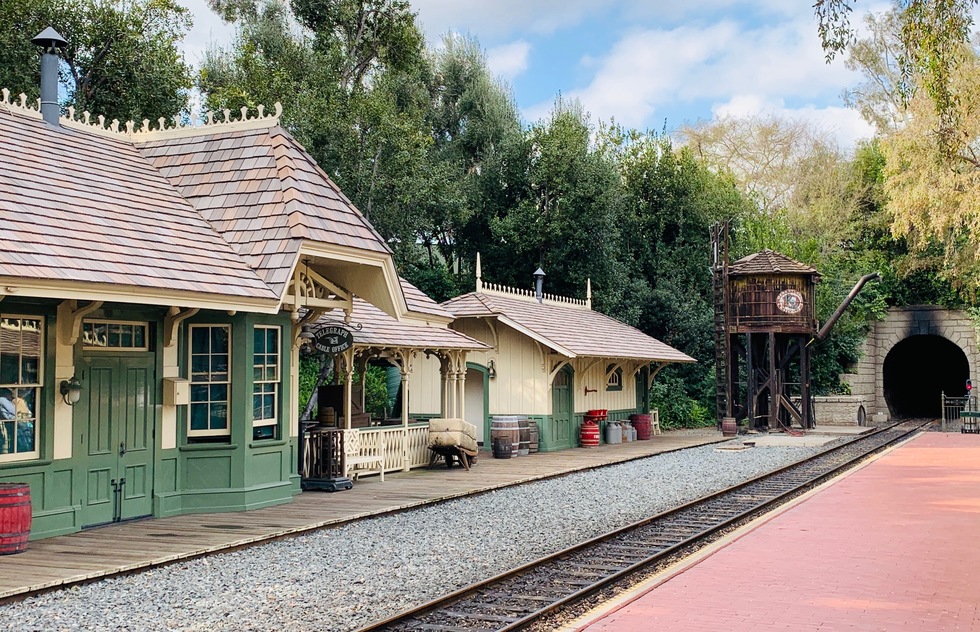 A fire broke out in New Orleans Square during the period when Disneyland was closed, between the night of December 28 and the early morning hours of December 29.

The fire reportedly damaged the New Orleans Railroad Station. Specifically, the building on the far right nearest the water tower in the picture above.

The train station is based on a set from the 1948 Disney film “So Dear To My Heart.” Walt wanted to use the original movie set, but animator Ward Kimball did not want to return it after Walt had given it to him, so a replica was built. When the park opened in 1955, it was known as Frontierland Station.

The building was used to film the “Two Brothers” section of Great Moments With Mr. Lincoln at Disneyland and The American Adventure at EPCOT. The water tower at the station is actually functional and used to refill the steam trains.

A Morse code message that plays in the building is a translation of Walt’s opening day dedication: “To all who come to Disneyland, welcome. Here age relives fond memories of the past and here youth may savor the challenge and promise of the future.”