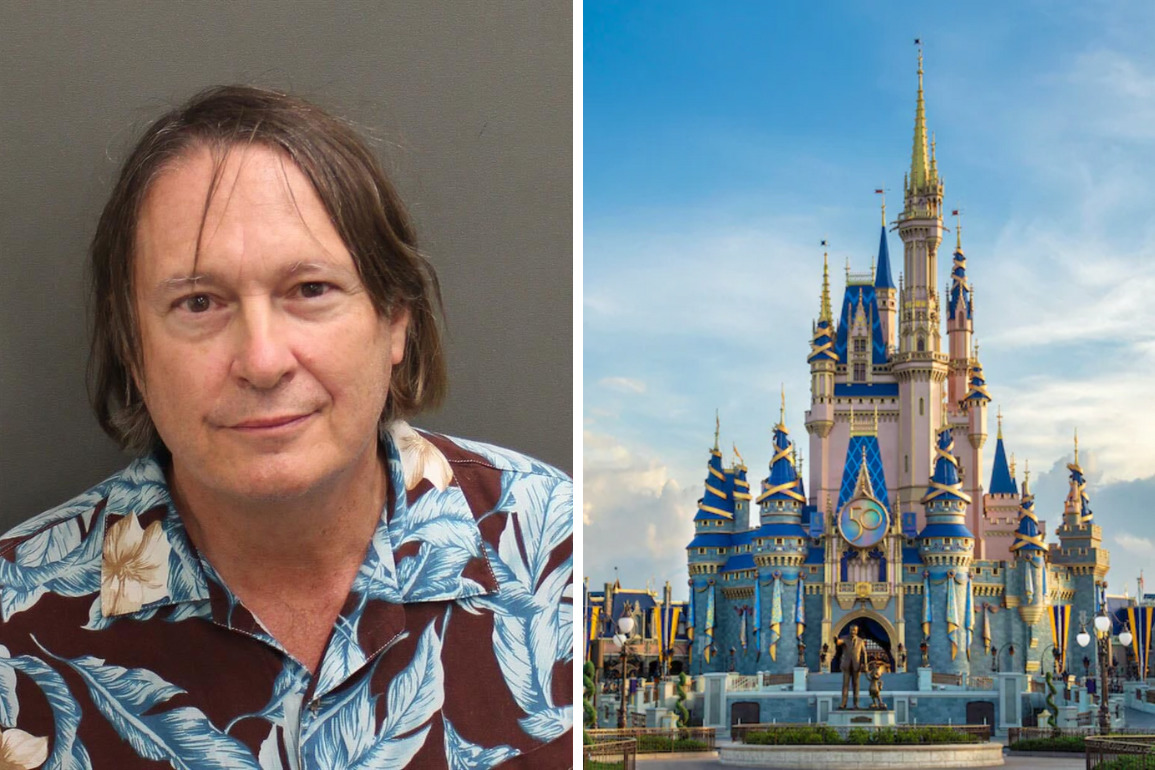 A Florida man was arrested after he apparently got caught trying to sneak into the Magic Kingdom Utilidors last month.

When confronted, the man took a stroller and ran over a Disney security guard’s foot repeatedly, according to an arrest report.

Now the man, Eugene Zehner, is charged with battery on a uniformed security officer — which is a third-degree felony —according to Orange Circuit Court records. He pleaded not guilty.

Zehner, 62, of St. Cloud, likely knows something about Disney backstage areas and bad guest behavior. On his LinkedIn profile, he says he previously worked in Guest Relations at Walt Disney World for nearly seven years. Several Cast Members have reached out to WDWNT to add that he was a current employee at the time of the incident, but it is not mentioned in the report or otherwise.

His lawyer did not respond immediately to a request for comment.

The situation that led to Zehner’s arrest unfolded on November 17, according to the Orange County Sheriff’s arrest report that was released this week.

The arrest report notes Disney Security alerted a sheriff’s deputy about a “verbal argument turned battery that occurred in the park by the tunnels near the entrance.” By tunnels, the deputy is referring to the Magic Kingdom Utilidors, an infamous series of tunnels beneath the park.

The security guard said he saw the Hawaiian shirt-clad Zehner “lift and remove the security ropes which is designed to keep people from entering the secured area,” the arrest report said.

Zehner ignored the security guard telling him to stop. Instead, he lifted up the ropes to help his wife through.

The security guard “approached them and attempted to tell them to stop as they violated company policy, but they kept yelling at him to move out of their way as they continued into the park,” the arrest report.

The security guard ordered them to stay put so he could report the incident to his supervisor. Then Zehner took a stroller he had been pushing and ran it over the security guard’s foot.

It happened again. The security guard ordered them to stay, and Zehner rammed the guard with the stroller.

Disney could not provide surveillance footage of the alleged attack, the report noted.

The security guard, who wasn’t injured, said he was run over intentionally and wants to pursue criminal charges against Zehner.

When speaking with law enforcement, Zehner accused the security guard of being overly aggressive with him but wouldn’t elaborate with more details, the deputy said in the arrest report. Zehner’s family refused to give statements to law enforcement.

Zehner said he just wanted to leave the Magic Kingdom with his family. Instead, he was arrested and transported to the Orange County Jail. Disney Security trespassed Zehner’s wife and son, according to the arrest report.

Zehner claimed he didn’t have an ID and said his name was Robert Jones. When the deputy patted Zehner down to search for weapons, he found Zehner’s wallet with his ID that showed his real name.

“Due to this process not clearly hindering my investigation for an unreasonable amount of time, I will not charge him for providing false information,” the deputy wrote in the arrest report.

“Eugene embodies the highest levels of professional character and moral fortitude in the most stressful situations, ” Moran wrote, adding that Zehner tallied 32 years of active service in the military.