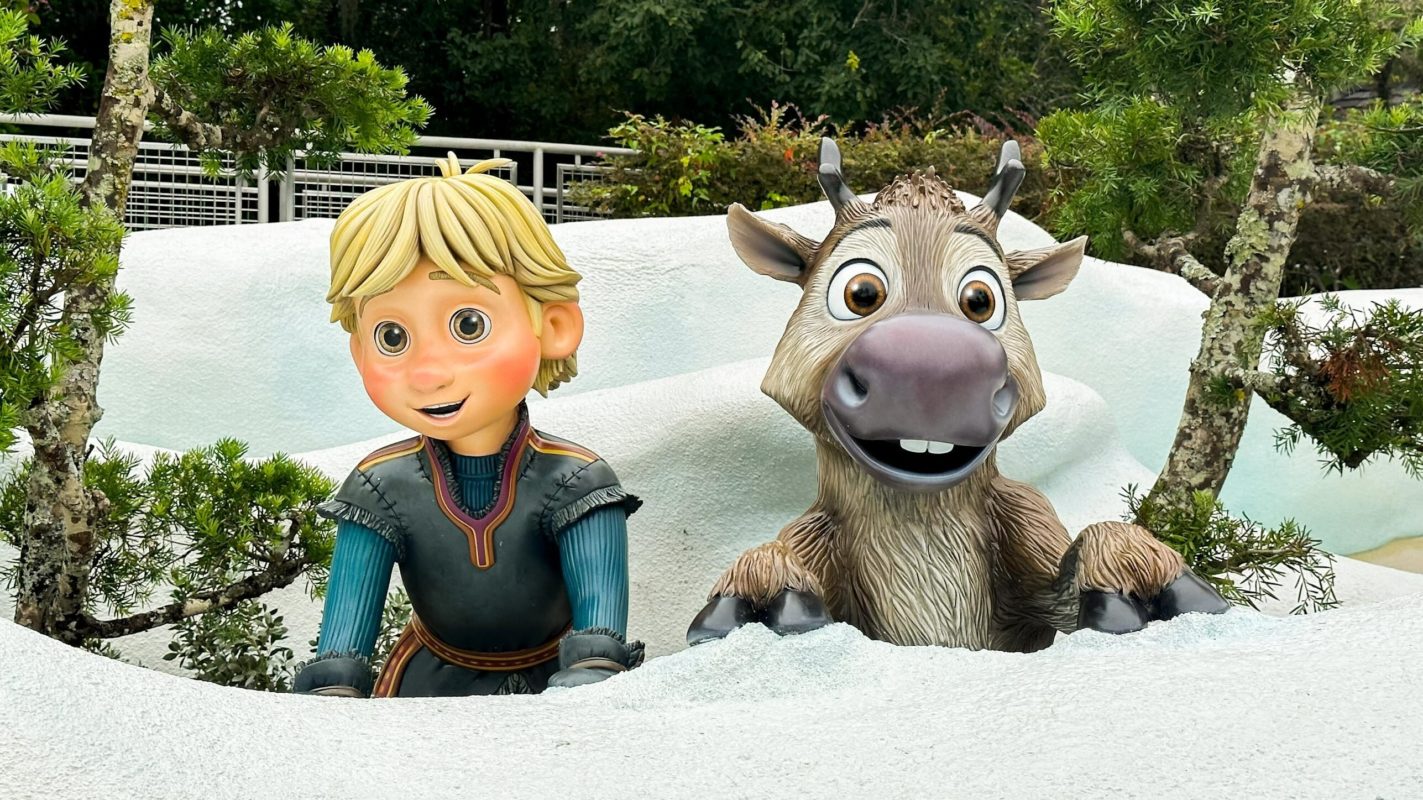 Last month Disney’s Blizzard Beach Water Park reopened after a lengthy refurbishment. Over at Tikes Peak, an area with scaled-down attractions for little ones, received a “Frozen” retheming. During a recent visit, we found that Kristoff & his pal reindeer Sven — as children — were added to the area.

Peeking out from a snow bank, Kristoff and Sven look out at Tike’s Peak, a children’s splash pad play area.

Kristoff, a Sámi iceman, is wearing his traditional outfit with a blue long sleeve sweater and dark grey tunic trimmed with red and yellow accents and fringe.

Sven is peeking over the snow bank with his hooves atop it.

The details continue throughout their characters, even when seen from behind.

Olaf replaced the snowman version of the Ice Gator. The Ice Gator statue found at the Blizzard Beach Ski Patrol Training Camp still remains. As we reported previously, the baby Ice Gators have been replaced by the snowgies.

Tike’s Peak also has other play areas, such as the igloo fortress of Anna and Elsa, where children can play with pop-up water jets, small snow-banked slides, side-by-side downhill slides, a junior inner-tube ride, and snow chutes. These areas provide opportunities for kids to engage and have fun in the water.

Check out our video tour of the new “Frozen” theming at Tike’s Peak:

Are you excited about all the “Frozen” changes at Disney’s Blizzard Beach Water Park? Let us know in the comments below.

Check out the other recent changes to Disney’s Blizzard Beach Water Park: