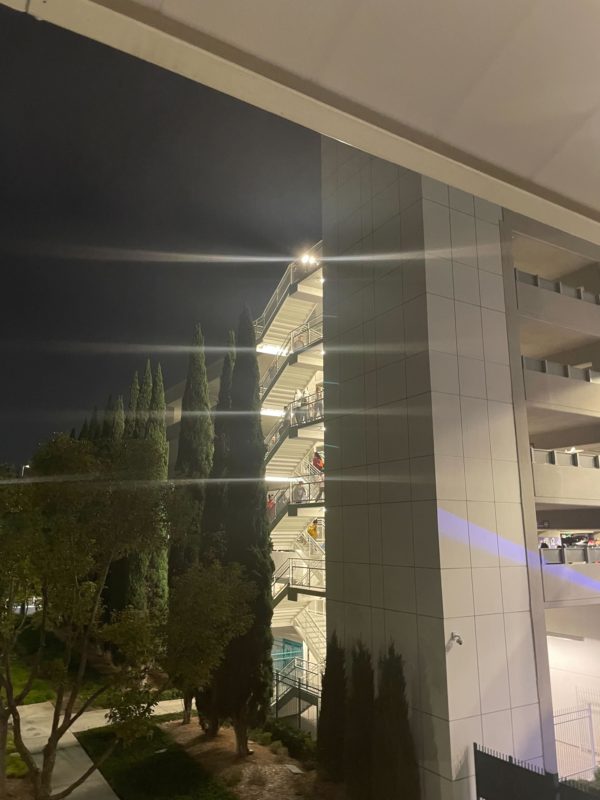 Yesterday evening, tragedy struck at Disneyland as a man jumped to his death from the Mickey and Friends parking structure.

Yesterday was meant to be a magical night at Disneyland with the Disneyland Candlelight Processional debuting for the year, however, ABC has reported that “A man in his 50s jumped to his death from a parking structure at Disneyland on Saturday.” It seems that the incident occurred around 9:00 p.m. Police said the Orange County coroner’s office also responded to the scene.

Trams were shut down after the tragedy occurred, and security was heavily surrounding the scene. Those who were trying to get to their vehicle in the Mickey and Friends parking garage were rerouted to get to the structure through the Downtown Disney entrance as well as the Pixar Pals bridge, keeping guests away from the transport plaza and tram area. It is reported that the exact location of the incident was just outside the bathrooms by the Mickey and Friends escalator. The escalators were blocked off, and guests were asked to use the stairs. Elevator use was by special request only, and any guests in the elevator were escorted by security.

At this time, no further information has been released regarding the tragedy.