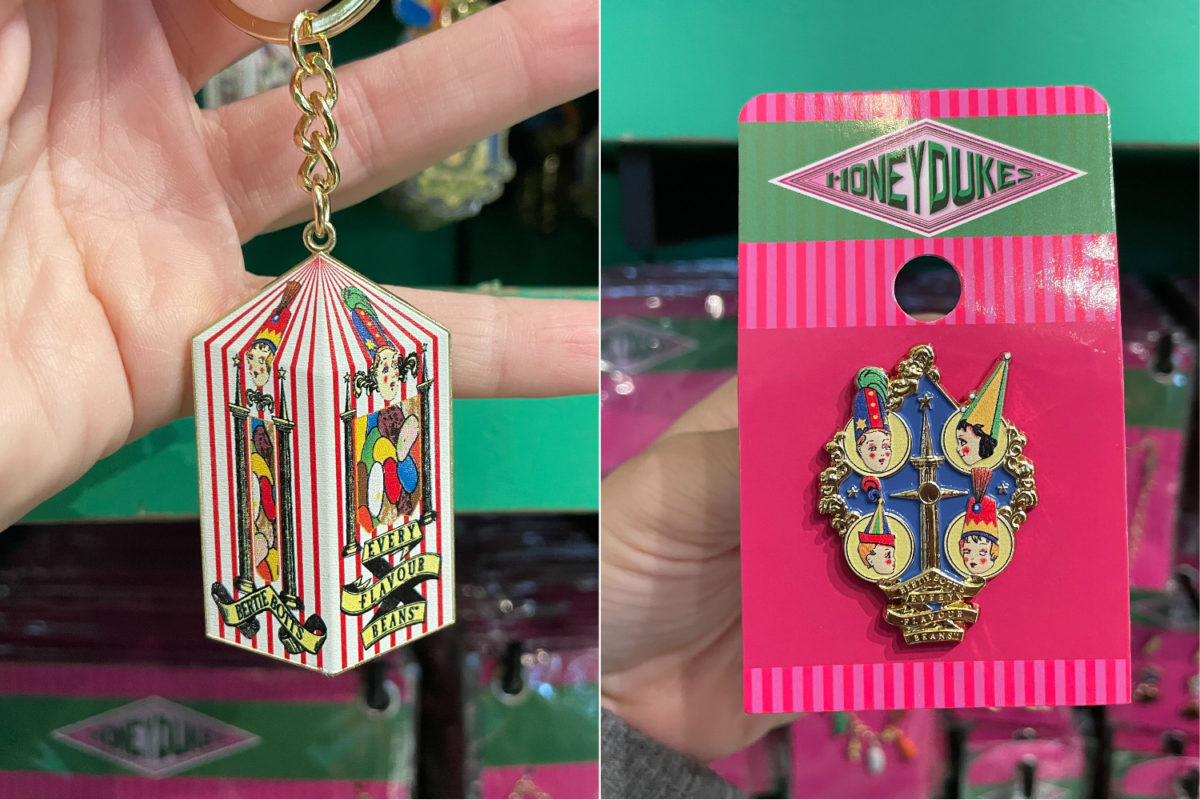 One of the best experiences at Universal Orlando Resort is getting your sweet tooth on at Honeydukes in The Wizarding World of Harry Potter, and now you can celebrate one of those iconic treats with a new Bertie Bott’s Every Flavour Beans pin and keychain we found.

The pin features the four little children in circus and band hats, as typically depicted on a package of Bertie Bott’s Every Flavour Beans, which is written at the bottom.

The background is royal blue with golden accents.

The metal keychain is two-dimensional and depicts an actual box of Bertie Bott’s Every Flavour Beans as sold within Honeydukes and made famous from the Harry Potter films.

The keychain is designed to look like it shows two sides despite being flat.

We found both of these within Honeydukes in The Wizarding World of Harry Potter — Hogsmeade at Universal’s Islands of Adventure, where you can also find plenty of new Honeydukes merchandise we saw this month. Will you celebrate your favorite novelty jelly beans with these new items? Let us know in the comments below!