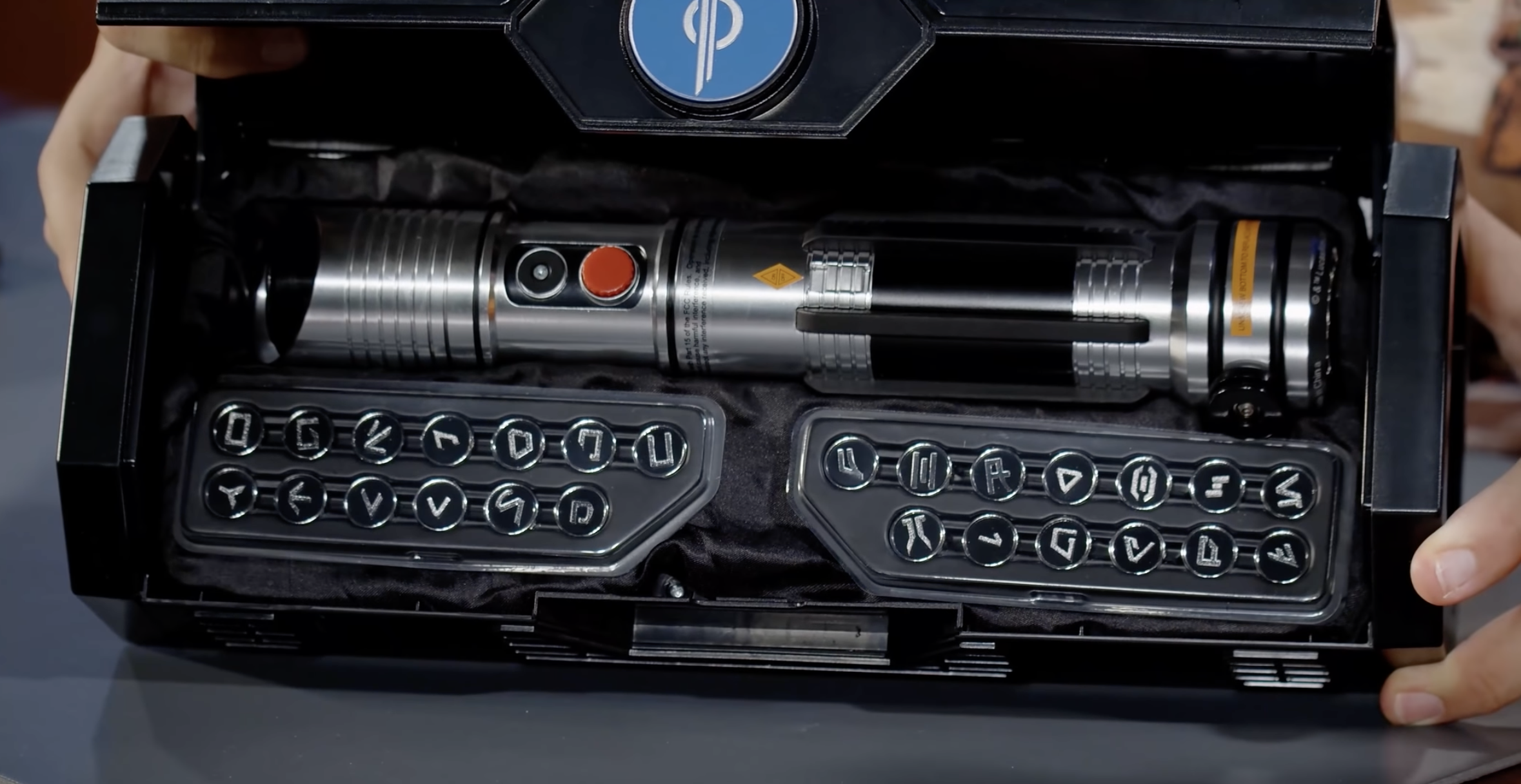 A number of large discounts are currently running throughout Walt Disney World, including a never before seen 30% off select Legacy Lightsaber hilts at Star Wars: Galaxy’s Edge in Disney’s Hollywood Studios. Now, those discounts have also hit the Star Wars: Galactic Starcruiser, where guests can save on the resort exclusive hilt.

This hilt is one of five eligible for the 30% off discount. The other four are character-specific replicas of Leia Organa, Luminara Unduli, Plo Kloon, and Darth Sidious’ lightsaber hilts. Those four are sold in Dok-Ondar’s Den of Antiquities at Black Spire Outpost.

Here’s a closeup look at the lightsaber hilt from when the resort first opened.

The black case has a blue latch with the Chandrila Star Line symbol in silver.

This hilt is personalizable. To the left of the red ignition button is a spot to attach your choice of Aurebesh letter. The saber comes with a full let of letter buttons.

For a closer look, watch our unboxing video below.

We’ve compiled a full guide to everything you need to know about the Star Wars: Galactic Starcruiser, including merchandise, food reviews, room tours, and more.