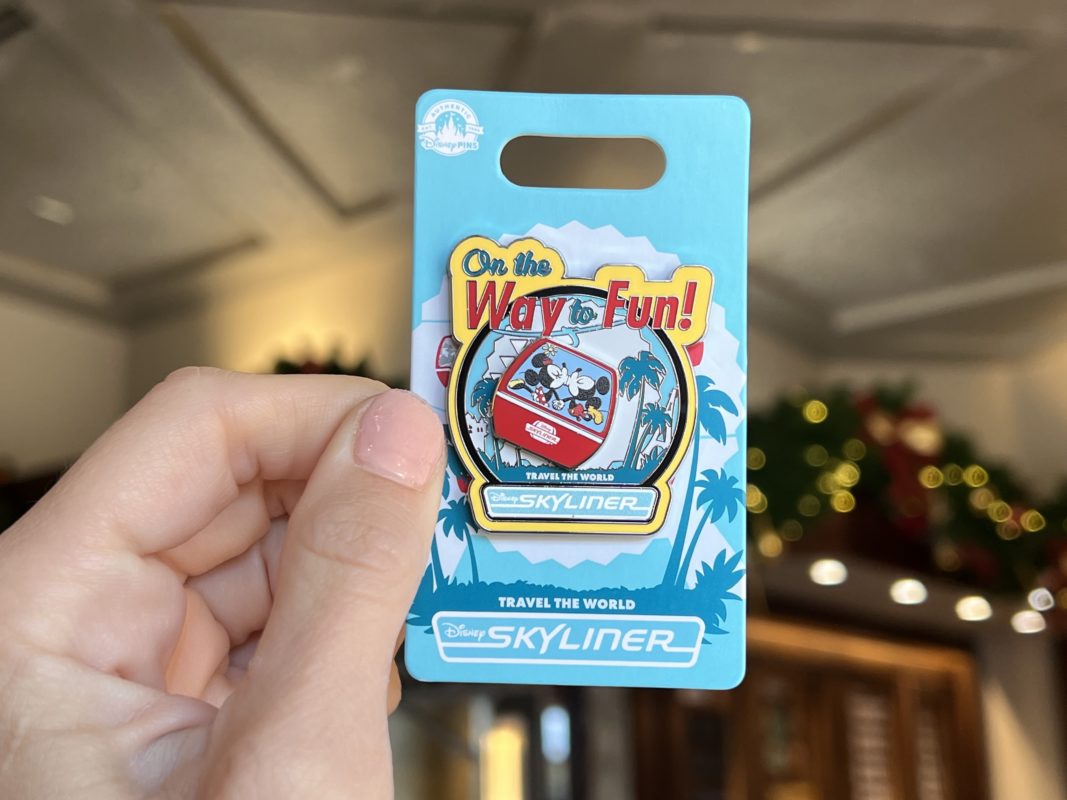 Travel the “world” with a new open edition Disney Skyliner pin available at Walt Disney World. We found it in the Darkroom at Disney’s Hollywood Studios.

The pin reads “On the way to fun!” above an image of a red Disney Skyliner gondola. Mickey and Minnie are kissing in the gondola, which rocks back and forth.

Spaceship Earth, the Eiffel Tower, and The Twilight Zone Tower of Terror are in the background, behind palm trees. “Travel the world” is at the bottom, above the Disney Skyliner logo.

This is the same featured on the Disney Skyliner tote by Dooney & Bourke released earlier this year.

The Disney Skyliner will be closing briefly for refurbishment in January 2023.