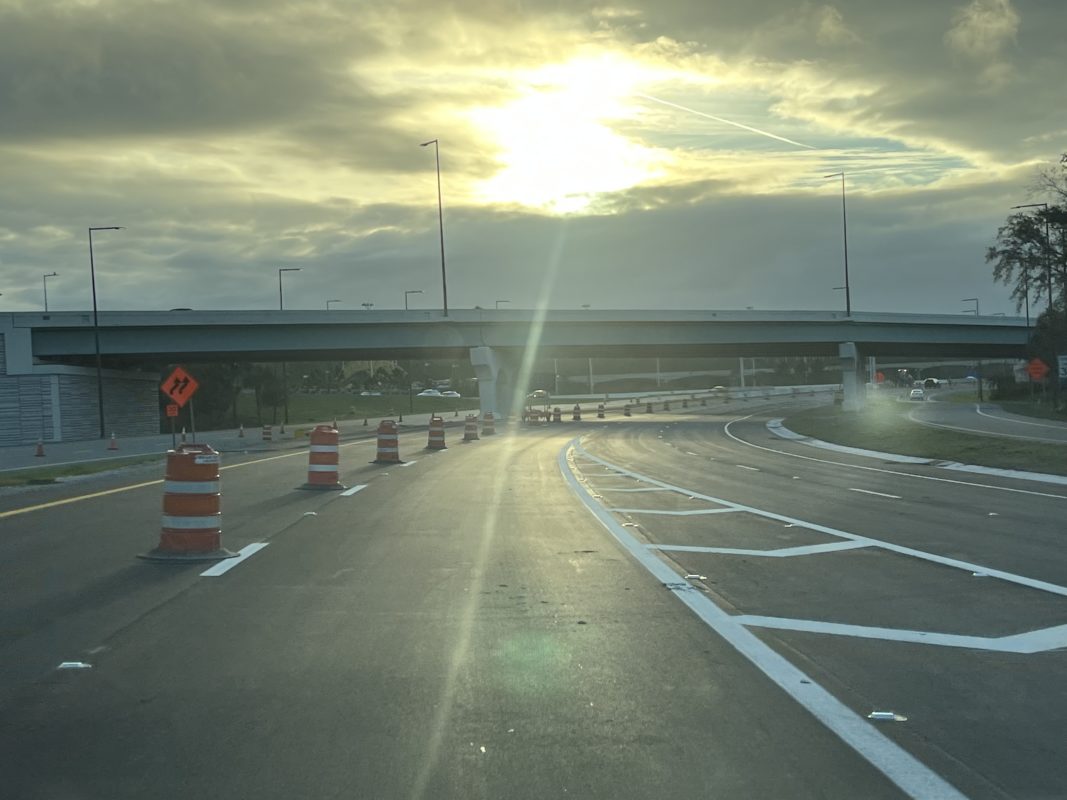 If you find yourself behind the wheel, here’s a look at what you can expect during your next car commute along World Drive and Floridian Way near Disney’s Magic Kingdom.

The simplified ramp reroutes Floridian Way as part of an ongoing project to improve traffic outside Magic Kingdom. Walt Disney World filed a permit for the construction in 2020, but construction was paused in the summer of 2021. Now, more than two years later, it appears the project is nearing completion, and now open to traffic.

The construction should make navigating between Magic Kingdom parking, the Car Care Center, and the resorts along Floridian Way much easier, simplifying traffic flows and, hopefully, stifling delays.