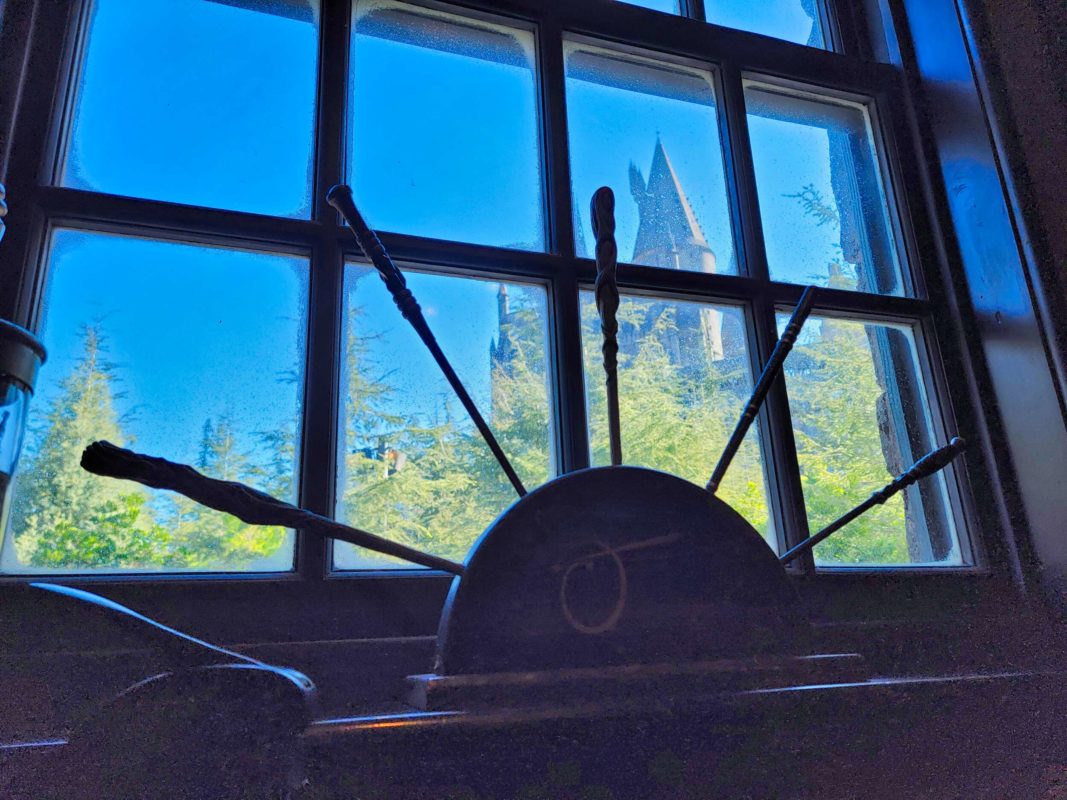 King Kong is all dressed up for the holidays and beckons guests to stop and steal a kiss under his gigantic bunch of mistletoe.

There is a lot of promotion going on for the new ‘Puss in Boots’ film, including a theater wrap at Universal Cinemas and this themed photo op out front.

In the Super Nintendo World store in CityWalk, we got a peek at these two new Metal Earth models featuring the two castles to be found in the upcoming land.

We also found a few new figures. That Chef Toad one is super cute.

Inside the park, we found even more new SNW merchandise like this cool click-open water bottle.

We also found some more Grinchmas merch, though it is mostly all third-party merchandise that isn’t unique to the park.

What is cool and unique is the customization, with embroidery or engraving on many of the available items.

At Mel’s Diner, we have a couple of new shakes to promote the ‘Puss in Boots’ release. We saw these two and a third one released in Universal Orlando Resort as well, and you can see the reviews right here.

Inside Honeydukes in the Wizarding World of Harry Potter, we got a huge new collection of housewares, apparel and accessories. Take a look at everything right here.

The main attraction for us today was this new collection of wands that has just debuted. You can see all the wands, including the USH exclusive wand, right here. But we wanted to show off our favorite part of the new display.

Atop each of the three displays we found the three cores of each wand, on display in jars. The collection of wands that features a Dragon Heart String can be found here, with a jar full of them above. These are miniature, of course, as dragons can often be quite large.

Another core option is these Unicorn Hairs.

And finally these Phoenix Feathers are a third wand core option.

Moving on, we stopped in to the Minion Cafe to take a look at their holiday decorations. The tree is super silly and so festive.

Each of the doors is lined with a festive wrap in different variations of the designs found on the windows.

In the windows on ground level and on the second story, we can see the holiday hijinx that the Minions get up to this time of year.

We recently saw some updates at Super Nintendo World with the addition of Bowser’s face to his castle at the back of the land.

Now we’re seeing more work being done on the castle and the Toadstool in front of it is starting to receive paint.

Peach’s castle is also looking shiny and bright, from what we can see of it.

Something new is coming to the popcorn stand that was just installed recently on the Lower Lot. It was under wraps during our visit.

Well, we had better skedaddle before we’re eaten by an angry dinosaur.

Our Martini Shot of the day is from just inside the front gates. When we catch these fascinators shining brightly and catching the sun, it really is a beautiful and festive holiday.