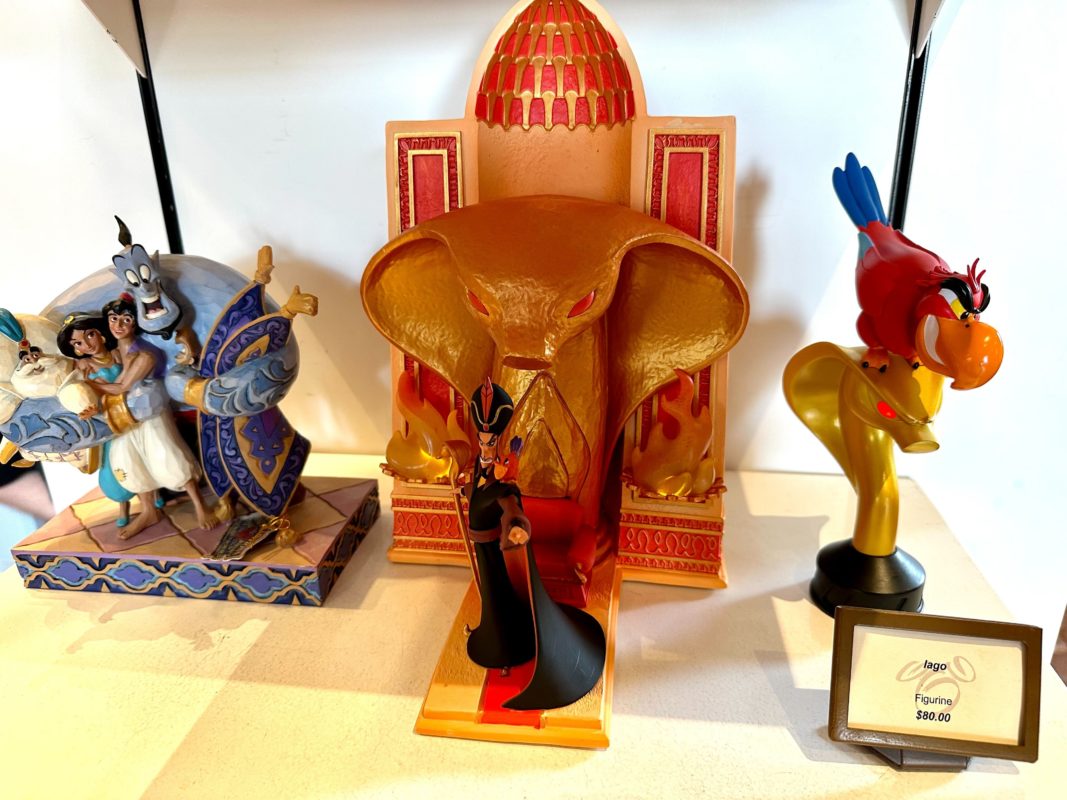 We’ve already seen some merchandise released this year celebrating the 30th anniversary of the iconic Disney film “Aladdin”, but this one is especially unique: a light-up figuring of Jafar!

This figurine showcases a scene from “Aladdin” after Jafar is made sultan. Iago sits atop Jafar’s shoulder as he points angrily.

His throne is set in front of a giant cobra snake; just like the one atop his scepter.

But hold your breath, it gets better: the flames surround his throne light up!

On the rear of the figurine you can see a black lamp, the one that Jafar is resigned to after wishing to become a genie himself. And on the bottom there is access to change the battery as well as a decal that celebrates the 30th anniversary of the film.

We found this item at the Art of Disney at Disney Springs in Walt Disney World.

Will you add this figurine to your collection next time you visit Walt Disney World? Let us know in the comments.