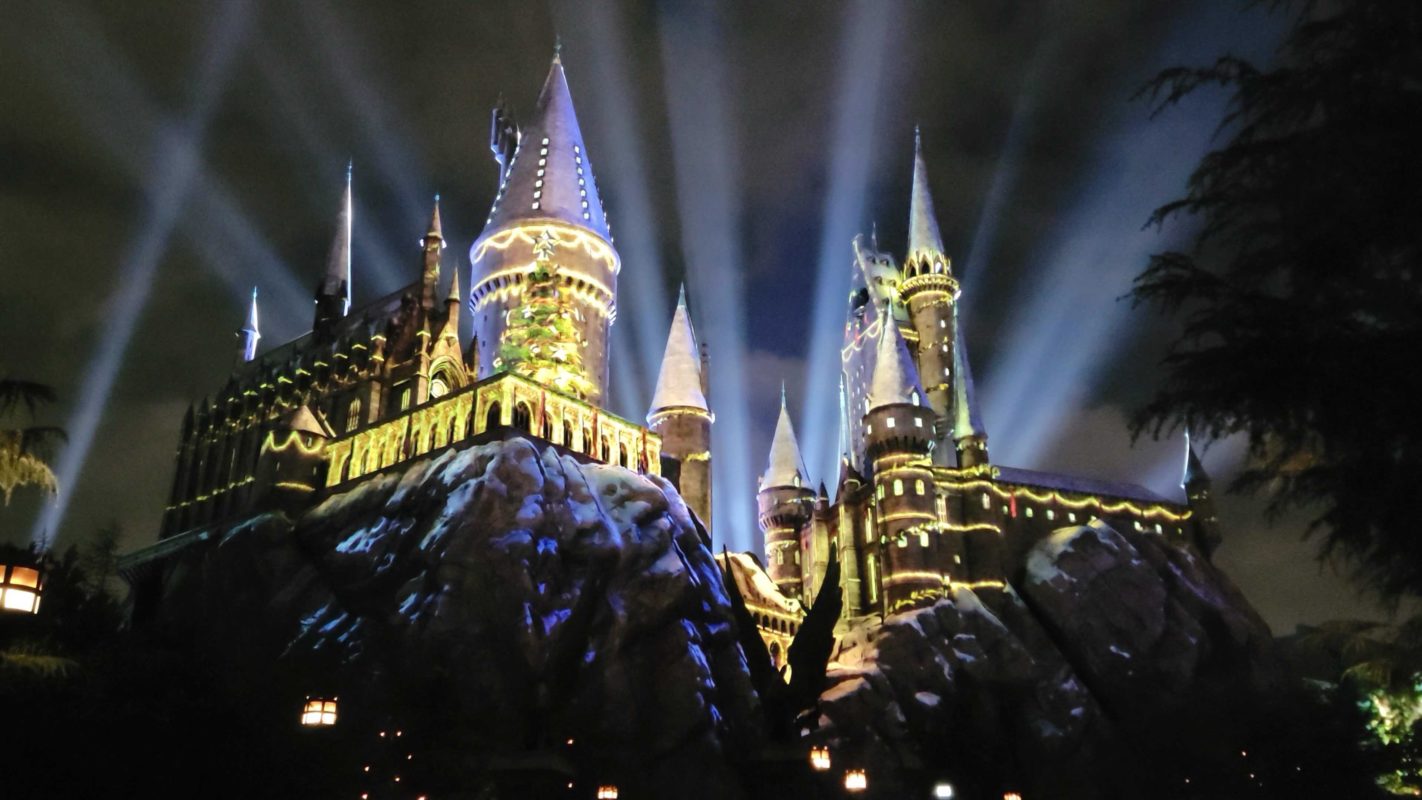 Holiday season has begun in Hogsmeade Village! The castle projection show, “Magic of Christmas at Hogwarts Castle,” has returned to delight guests and light up the night sky. This show is performed nightly through January 1, 2023.

The show begins with the Ghosts of Hogwarts School of Witchcraft and Wizardry singing, “Cast a Christmas Spell.”

Once they have finished, snow begins to fall gently over Hogwarts Castle, and we are delighted to hear the main theme song of the “Harry Potter” series.

Lanterns fill the castle, and we listen to “Christmas at Hogwarts.”

A short clip of the “Yule Ball” scene is shown.

We won’t give away the entire 7-minute show. You can watch the full show below.