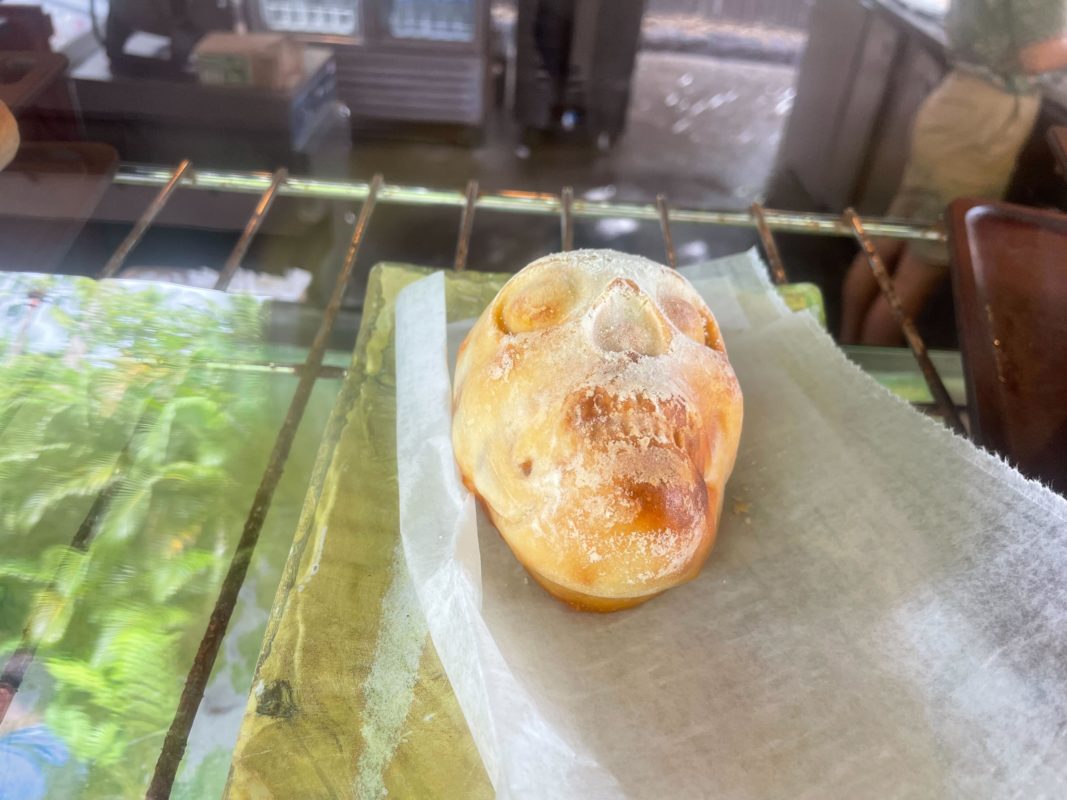 The pepperoni pizza skulls previously available at Universal Studios Florida during Halloween Horror Nights 31 have been added to the permanent menu of The Mess Tent, a quick-service stand outside Skull Island: Reign of Kong in Universal’s Islands of Adventure.

The Halloween Horror Nights version of this treat came in a bowl of marinara sauce, but this one just comes on its own. We miss the marinara, but it’s easier to walk around with just the stuffed skull.

This is a simple but delicious snack. The skull is thick and there is tons of pepperoni filling.

Are you excited to get your hands on a pizza skull again? Let us know in the comments.