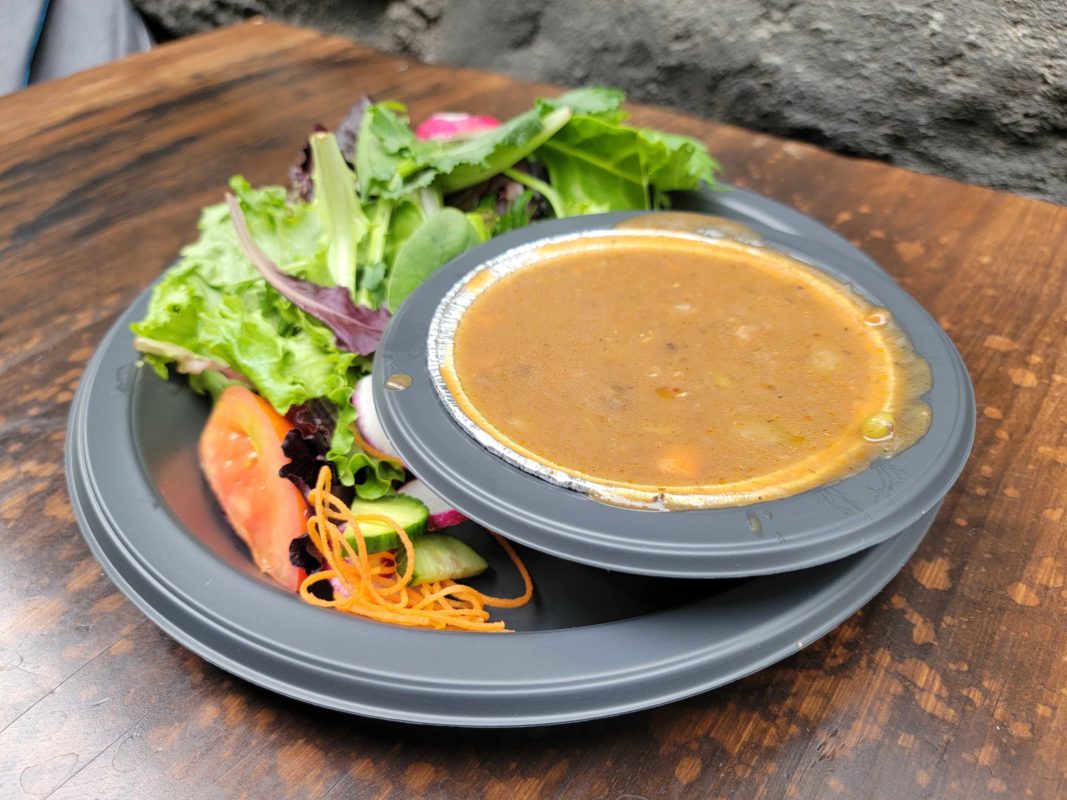 Today we stopped by The Three Broomsticks in Hogsmeade at the Wizarding World of Harry Potter to try their new Vegan Irish Stew. Join us for our full review below!

The Three Broomsticks has several delicious options of which we’re big fans, but today we’re here to try the Vegan Irish Stew.

Unfortunately, this is on the low side of “just okay”.

The plant-based beef tips are just kind of a protein loaf with an odd texture and not much in the way of flavor. The stew is nice enough, almost like a brown gravy, with plenty of garlic and pearl onions and diced vegetables throughout. It’s served with a generic green salad.

Overall, it’s a little unimpressive and if we weren’t told that it was an Irish stew, we would have no idea. It barely resembles an Irish stew that can be found in a good pub. That being said, for anyone on a plant-based diet, this is a passable substitute in a pinch. But with so many other delicious things on the menu here at the Three Broomsticks, it feels like a waste of money and appetite.