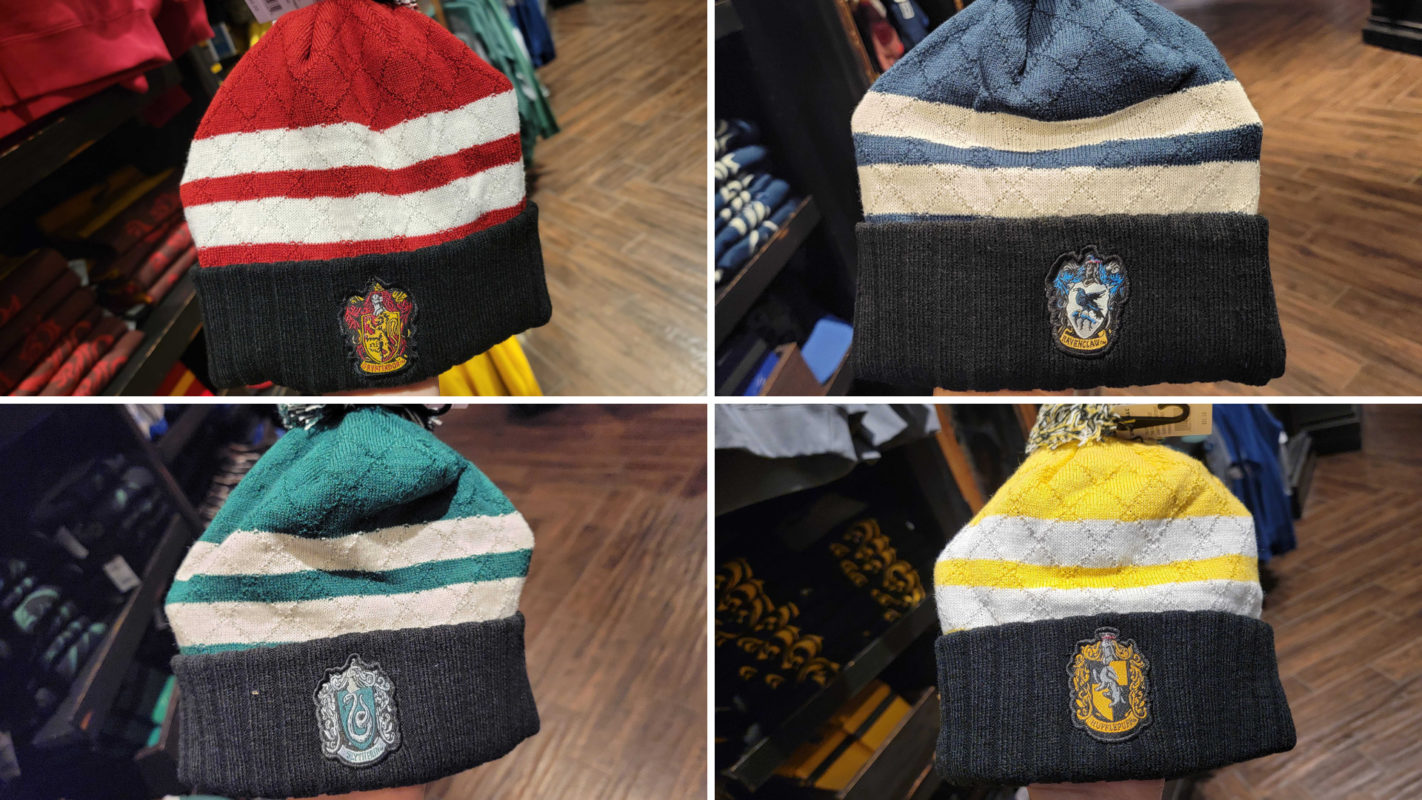 Witches, wizards, and muggles alike will love to keep warm this winter with these Hogwarts House beanies we found at Universal Studios Hollywood!

Each of these beanies features the house crest on the front, with stripes and a pom-pom on top that are in the house colors.

Rowena Ravenclaw would be proud of this beanie! The Ravenclaw crest is seen on the front, with blue and white striping along the top of the hat.

The icon of House Hufflepuff is the badger, seen on this crest.

The Hufflepuff colors are yellow and black, and are featured prominently on this beanie.

And of course, the house everyone loves to hate: Slytherin.

A snake is featured on the house crest, and the colors of green and black are used throughout.

Will you be collecting all four of these beanies or just picking up your Hogwarts house? Let us know in the comments.