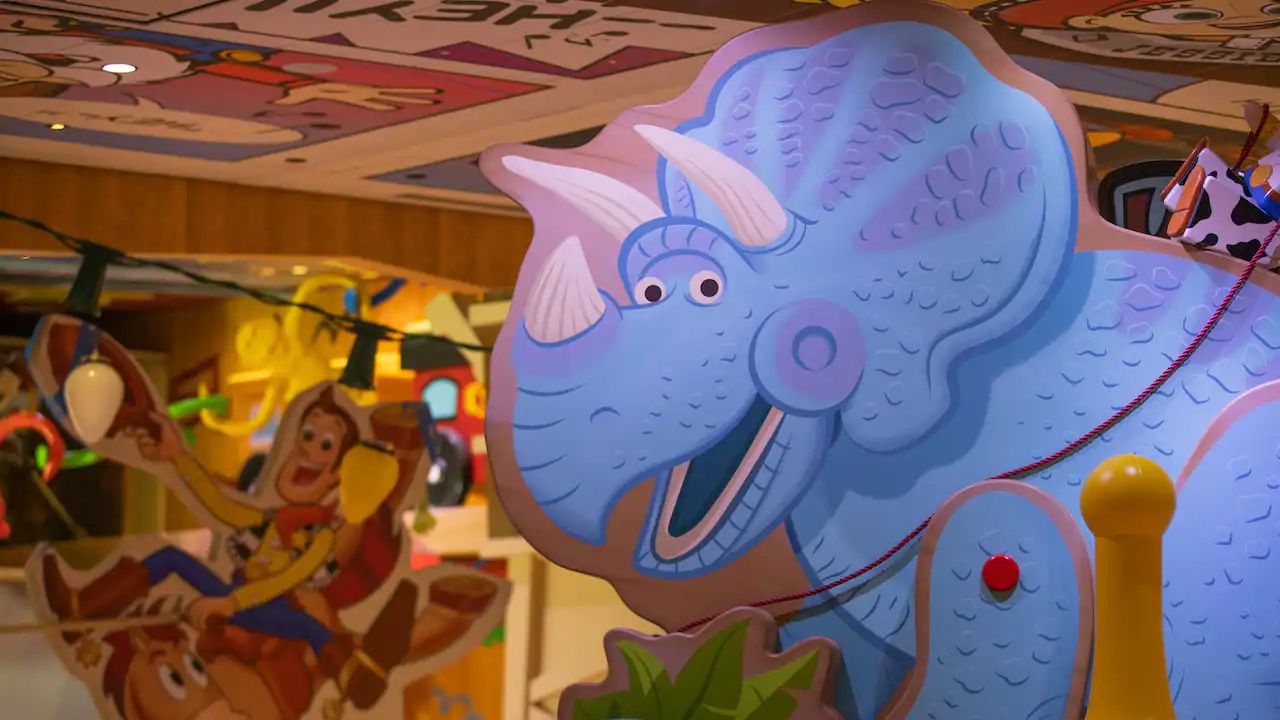 Though it was previously supposed to open before the end of 2022, Disney has announced that Roundup Rodeo BBQ will open in Toy Story Land at Disney’s Hollywood Studios in spring 2023.

Disney shared their first look at the details inside the new table service restaurant.

The backstory of the restaurant is that Andy has built a rodeo restaurant out of toys and other spare items.

In this wild, western setting, you can find a steam train supported by colored pencils, a suspiciously impressive house of cards, and game boards featuring beloved characters from the “Toy Story” films. To fill the stands of his rodeo arena, Andy has decorated the cardboard box with hand-drawn audience members! The dining room also features the rodeo’s star performers: Jessie, Trixie, and Bo Peep with her leapin’ sheep Billy, Goat, and Gruff.

The animators of Pixar designed figures unique to this restaurant and artwork that can only be found at Disney’s Hollywood Studios. Animators and Imagineers even designed full comic strips about Woody’s adventures, which Andy has used as part of the dining room ceiling.

PHOTOS: Construction Swims Along for 'Moana'-Inspired Journey of Water Attraction at EPCOTJanuary 4, 2022
Marvel Day at Sea Returning 'Bigger Than Ever' to Disney Cruise Line in 2023 on Disney DreamOctober 7, 2022
New Space Mountain, Main Street Train Station, Pirates of the Caribbean, and More Attractions Orname...May 21, 2022