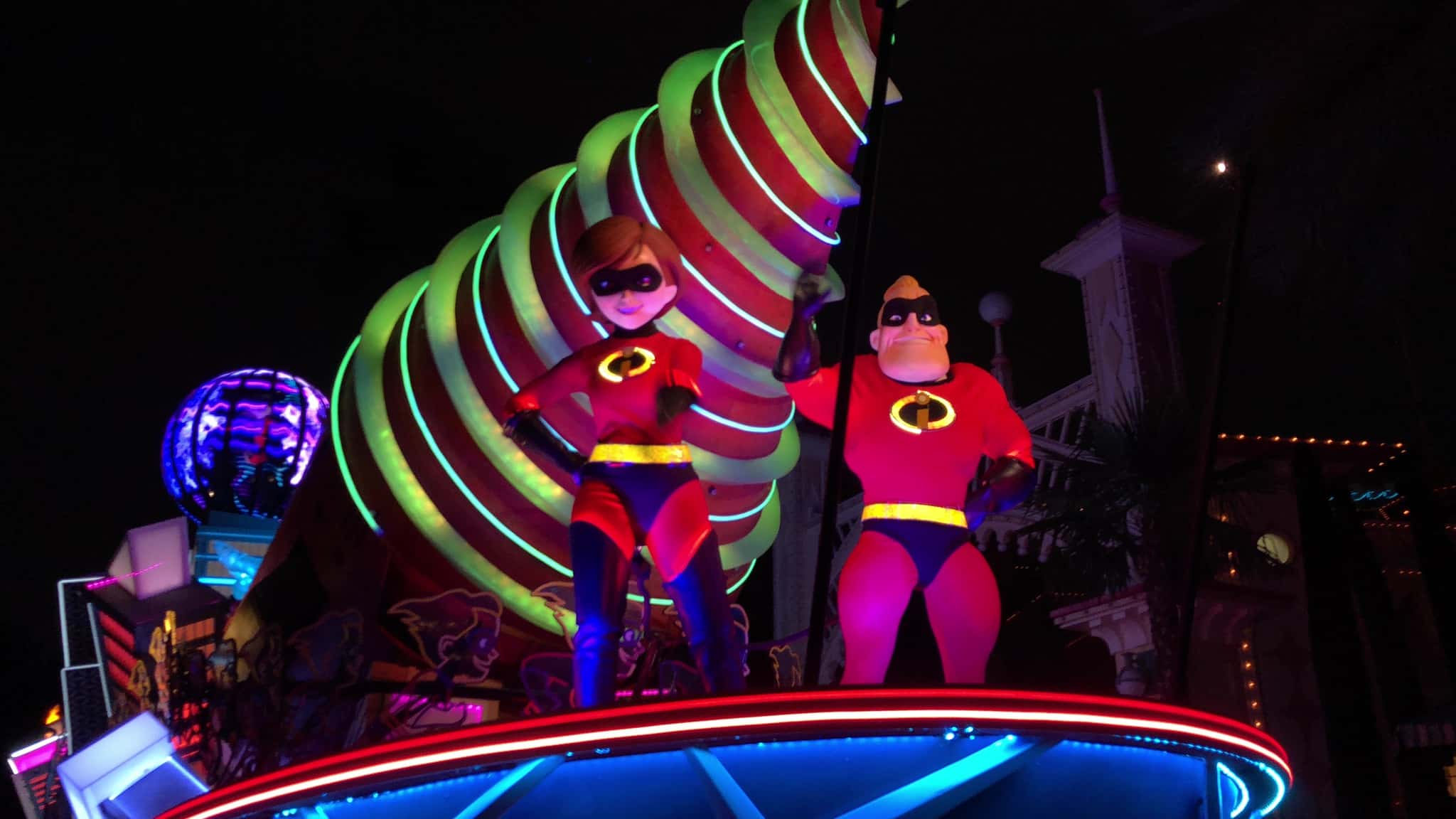 Reports indicate that the Paint the Night Electrical Parade will return to Disneyland Resort next year.

The parade debuted in 2015 for the 60th anniversary of Disneyland. It has a rather spotty performance history, ending its initial run in September 2016 only to return for the holiday season. It was replaced by the original Main Street Electrical Parade’s return (one of many) in January 2017.

In 2018, Paint the Night returned — but this time, it performed at Disney California Adventure, where a new “The Incredibles” float replaced “Frozen” as part of the celebration surrounding the opening of Pixar Pier. It ran until mid-November of the same year and has not been performed since.

Reports indicated that factors including battery issues and Cast Members sustaining injuries from the costumes contributed to the decision to keep the parade “retired.” Further rumors say that a return announcement was intended for D23 Expo, but at that time, the costumes weren’t in working order.

Now, work is underway to bring the costumes and floats up to par for performances in the coming year.

The original Paint the Night first debuted at Hong Kong Disneyland in 2014. Performances there have been suspended since 2020 due to the coronavirus pandemic.

If you haven’t seen Paint the Night or can’t wait for it to return, check out our video of the first Disneyland Park version of the parade below.

You can also see the Incredibles float that was added for the parade at Disney California Adventure below.

It’s unknown which park the parade would return to. The Magic Happens parade is currently set to return to Disneyland park in February 2023, which has had both daytime and nighttime performances in the past.

Would you like to see Paint the Night return to Disneyland Resort? Let us know in the comments.

5 thoughts on “RUMOR: Paint the Night Electrical Parade May Return to Disneyland Resort in 2023”