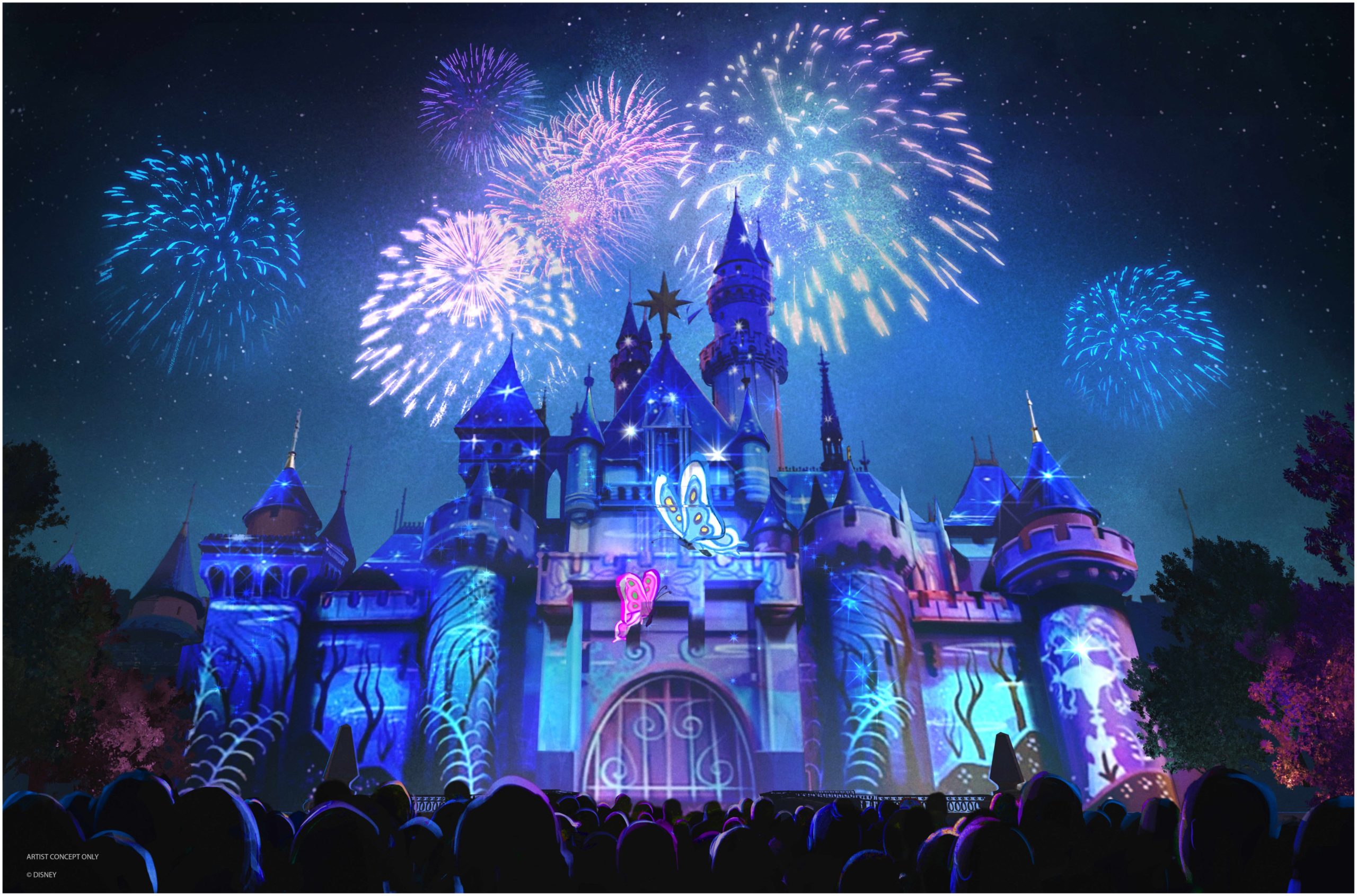 Disneyland Resort has announced the runtimes for “Wondrous Journeys” at Disneyland Park and “World of Color – One” at Disney California Adventure, which will both debut on January 27, 2023, as part of the 100 Years of Wonder celebration.

“Wondrous Journeys” will be 13 minutes long. Baymax will purportedly fly over Sleeping Beauty Castle during the new show. It will feature nods to every Walt Disney Animation Studios film to date, taking us on a journey filled with artistry, music, storytelling, and heart. It will continue to build upon the park’s state-of-the-art projection effects, turning Main Street, U.S.A., Sleeping Beauty Castle, the façade of “it’s a small world,” and the Rivers of America into an artist’s canvas that brings characters to life all around. On select nights, “Wondrous Journeys” will go even bigger with the addition of sparkling fireworks in the sky above Disneyland. This spectacular will also feature a new song, “It’s Wondrous.”

“World of Color – One,” a new version of “World of Color,” will be approximately 23-24 minutes long. It will tell a new story of how a single action, like a drop of water, creates a ripple that can grow into a wave of change. It brings some of the most courageous, loving, and inspiring characters to life in new ways. The show will also feature a new original song, “Start a Wave.” This is shorter than the current World of Color (the standard show, not the holiday version), which has a runtime of approximately 25-26 minutes.

Sleeping Beauty Castle will be decorated for Disney 100 Years of Wonder, which kicks off on January 27 with the new shows.