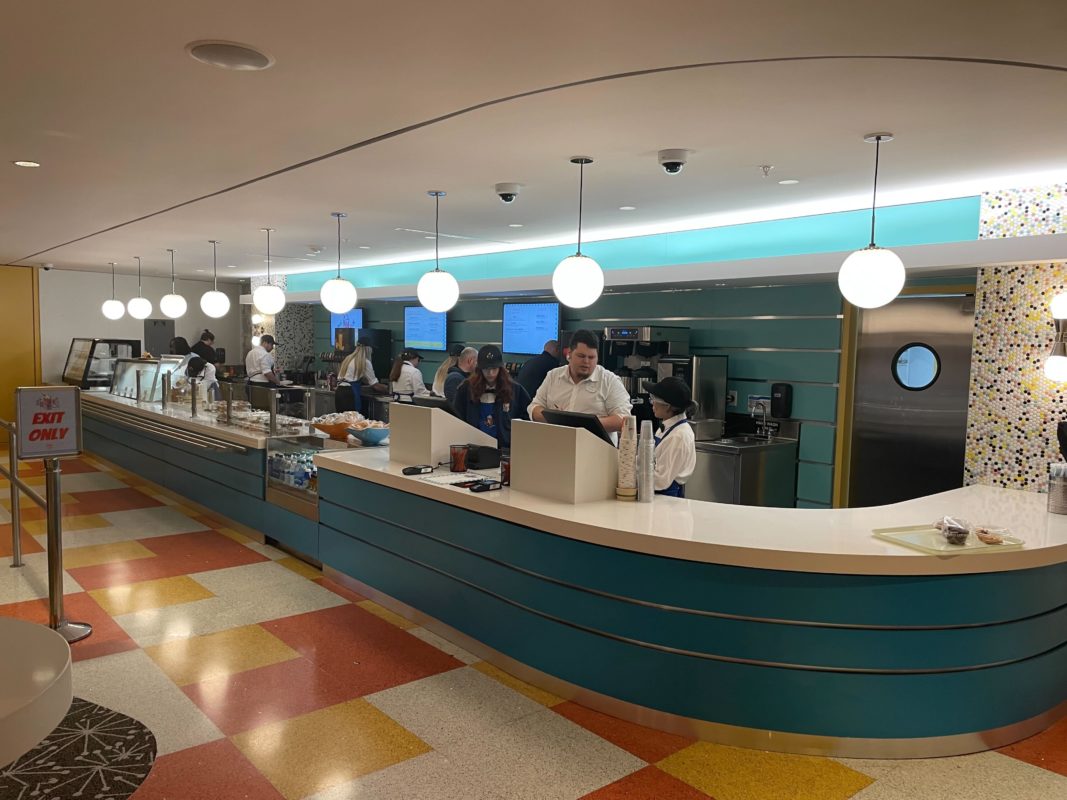 After a few months of construction, the new Shakes Malt Shoppe has opened in the lobby of Universal’s Cabana Bay Beach Resort.

There are new counters and stools around the conversation pit, which we were happy to see is still intact.

A retrofuture clock overlooks some armchairs and a table.

There’s a counter with napkins and trash cans on this side of the conversation pit.

The conversation pit faces a TV mounted on the wall.

It has a giant semi-circle orange couch.

New black and white carpet surrounds the couch, while the rest of the floor is terrazzo.

Charging outlets with USB are located under the counters.

There are several ice cream flavors, available in scoops, sundaes, and splits.

The logo for Shakes Malt Shoppe is a pink milkshake with “Shakes” in blue, pink, and yellow letters.

Are you excited to visit Shakes Malt Shoppe? Let us know what you’ll be ordering in the comments below.