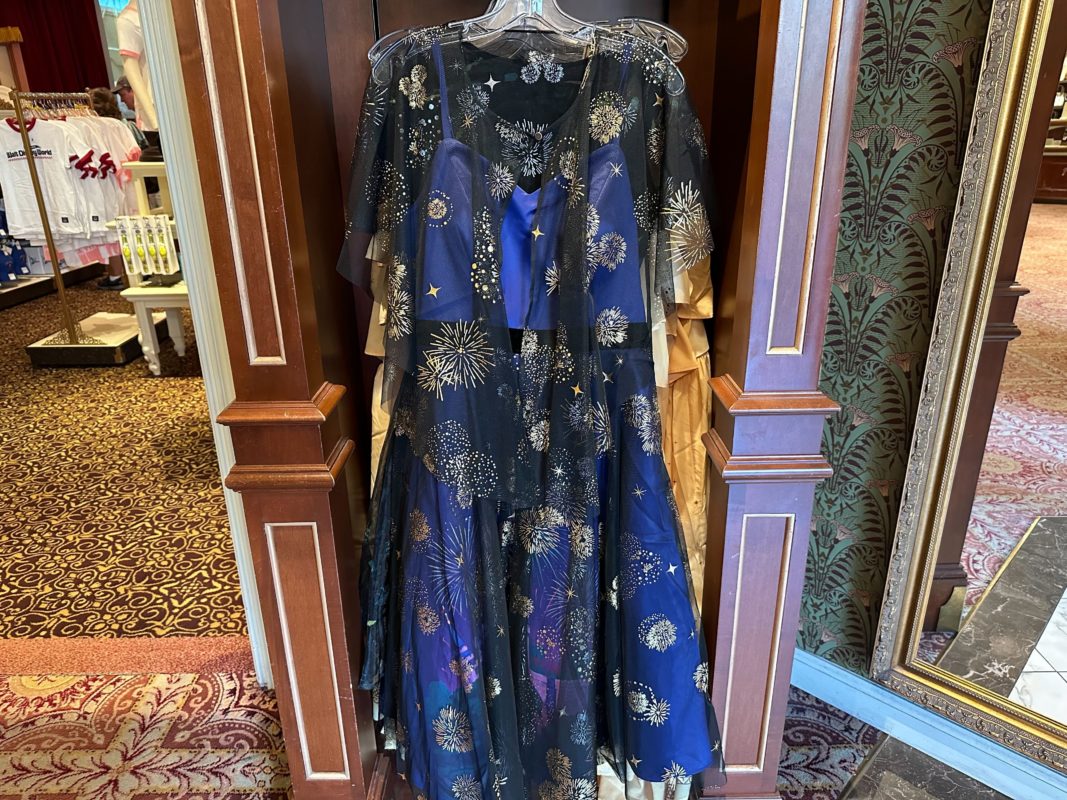 Hidden Mickeys can be seen throughout the array of fireworks seen on an allover pattern on the black sheer overlay, which also provides a bit of a sleeved look to the dress. The Castle Fireworks Dress features a scooped sweetheart neckline with spaghetti straps separated from the bottom with a black ribbon. A wavy skirt adds a touch of movement to this full-length dress.