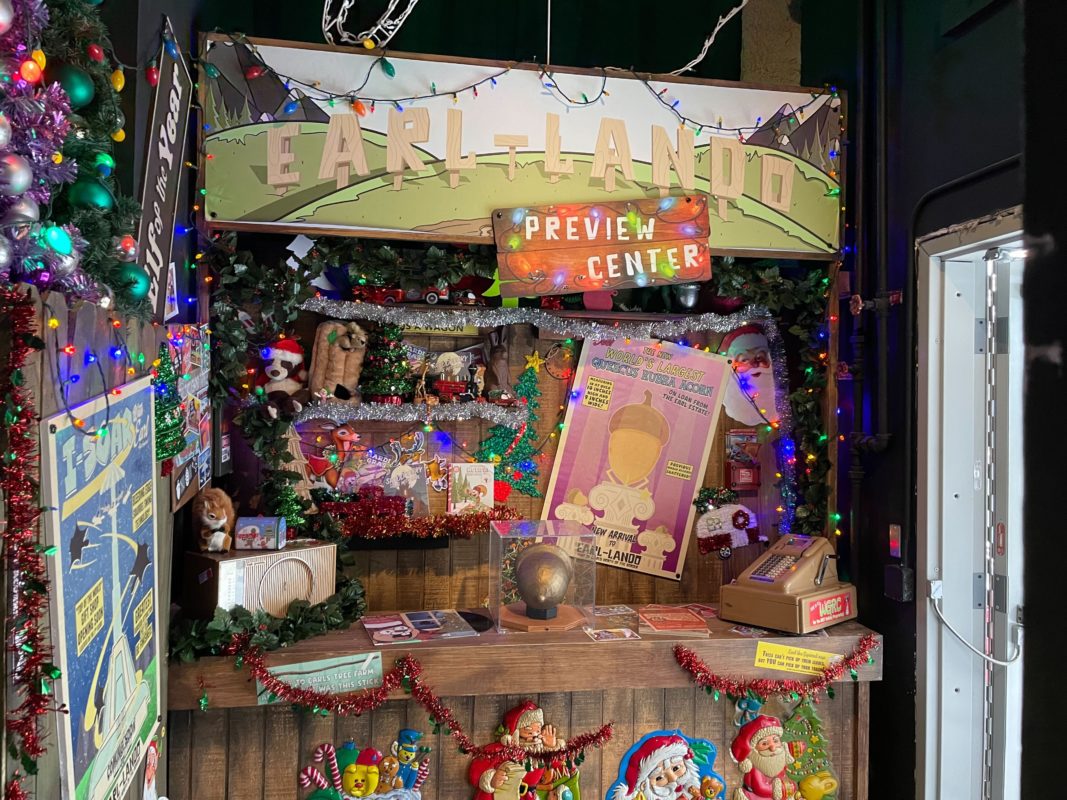 A new sign inside the Holiday Tribute Department Store at Universal Studios Florida points to the seasonal store moving from New York to Hollywood with its next iteration.

The sign is a prop flyer on the counter at the exit of the store.

This is where hints to future Tribute Stores often show up.

The flyer is for “Tribute Moving Co.”

“Need help moving?” it says. “Act now! Don’t hesitate to call! Any time of day we are here for you! From New York to Hollywood. We deliver anywhere! Stop by for a consolation today.”

The most likely place for the new store in Hollywood would be in the space used by Williams of Hollywood, the Dark Room, and the UOAP Lounge.

The Williams of Hollywood Prop Shop closed in June, and The Dark Room announced its permanent closure a few months later. It was then announced that the adjacent UOAP Lounge would be moving, leaving three neighboring façades open for a spacious Tribute Store.

We noticed during Halloween Horror Nights that walls had been knocked down between Williams of Hollywood and the Dark Room and assume the next wall to fall will be the one connecting the Dark Room to the UOAP Lounge.

The current Tribute Store is in the old extended queue for Revenge of the Mummy, so it is possible the store is moving to give more queue space to the Mummy, but we hope that something bigger and better is coming. Stay tuned to Universal Parks News Today for more updates, and let us know in the comments what you think of the Tribute Store’s big move and if you’d like to see an Epic Universe Preview Center in the future!