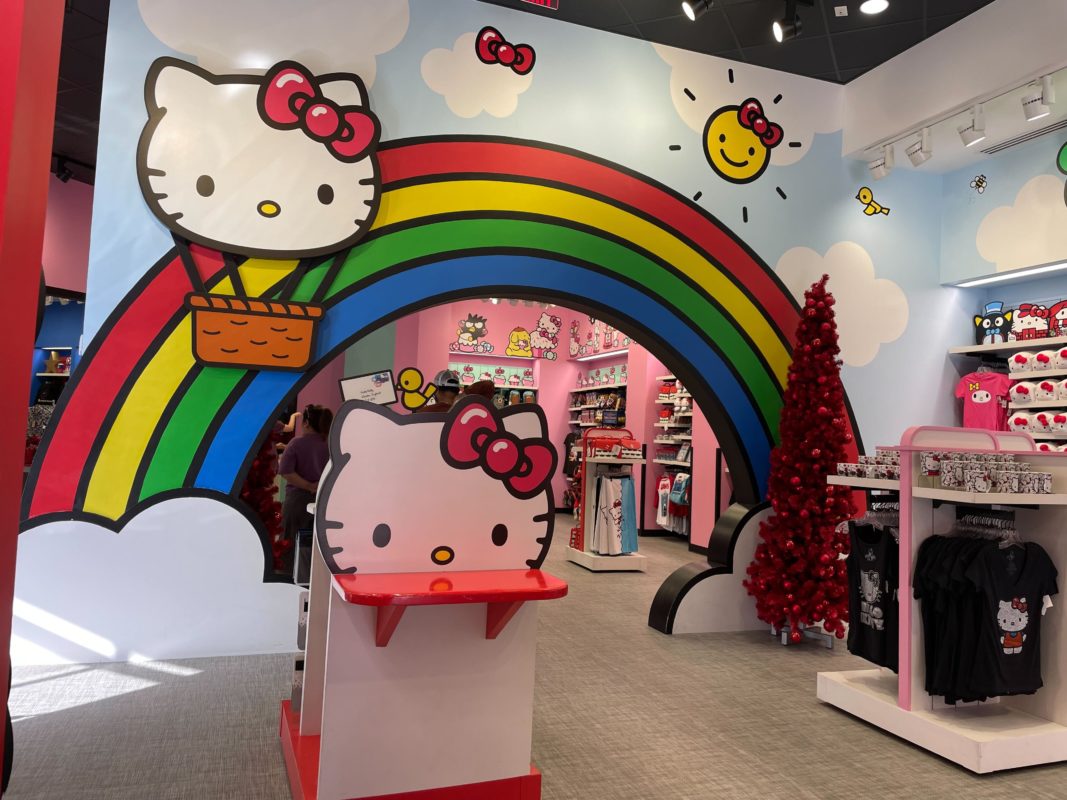 In October, we reported on the construction that had begun at the Hello Kitty Store at Universal Studios Florida. As reported, the store has reopened and will be re-themed in the near future.

Last month, we stated that the shop was getting a new floor, as well as a little refreshing. The shop would retain the Hello Kitty name and still carry Hello Kitty merchandise, but not as much as in the past.

We have been noticing that the amount of Universal Studios Hello Kitty merchandise has slowly started to shrink, and the shelves seem to be getting taken over with “Jurassic World,” “Jaws,” and other Universal-related properties.

Our sources indicate that the Hello Kitty Store and merchandise will be phased out altogether, which would explain the new plain gray flooring.

A few of the themed Hello Kitty posters have been removed from the wall, but for the most part, the store looks the same. Here we can see the contrast between the new grey flooring and the Hello Kitty-themed flooring. We anticipate the remaining bow flooring will be gone in the near future as the refurbishment continues in phases.

There will be a lot of changes coming to the front of Universal Studios Florida in the near future. Not only will we be keeping an eye on the Hello Kitty Shop, but the rest of the park for updates and changes.

What do you think of the Hello Kitty store transformation? Let us know in the comments below.