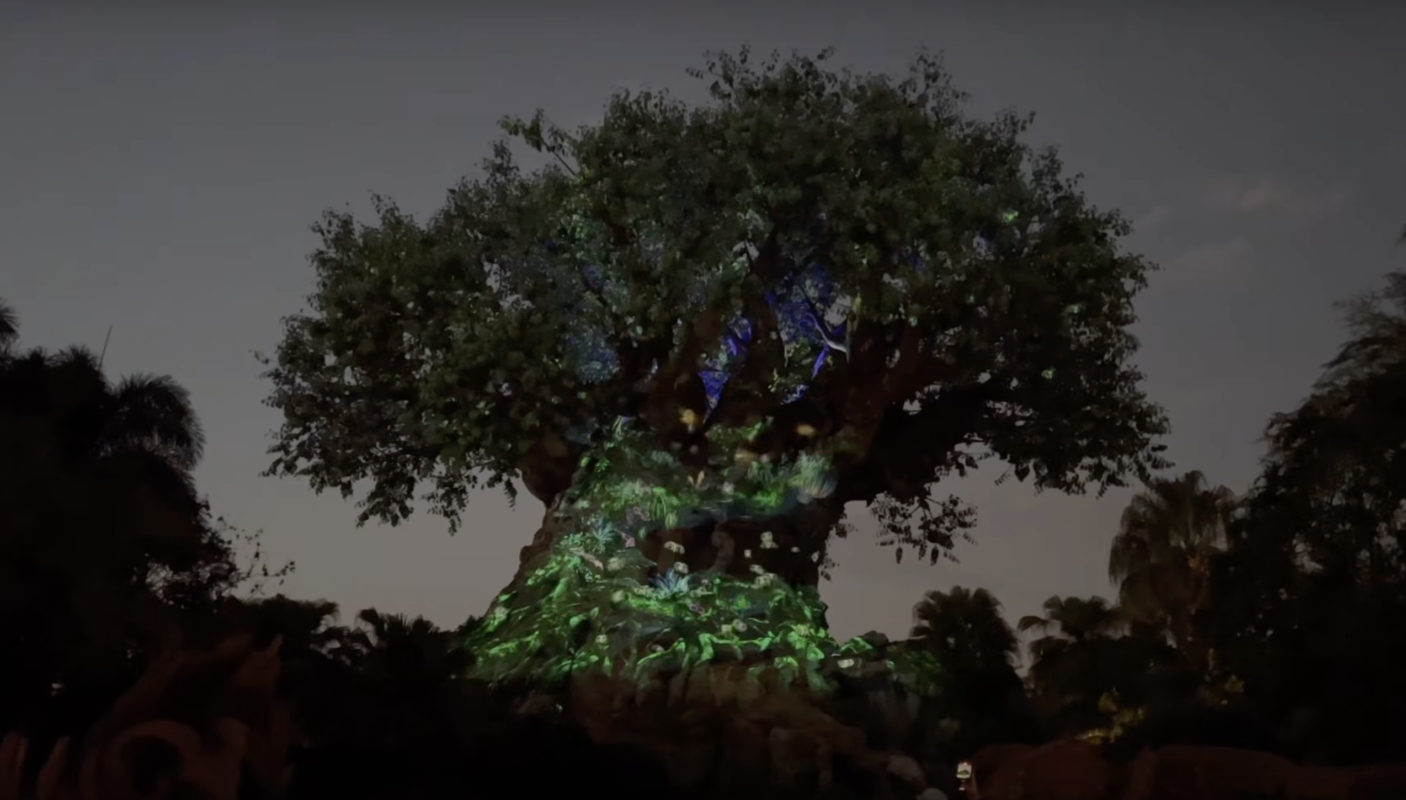 Sivako from Disney’s Animal Kingdom! Ahead of the new “Avatar: The Way of Water” premiering in theaters later this week, a new Tree of Life Awakenings show has arrived just in time to promote the film!

You can watch a video of the new show via our YouTube channel below.

The show opens with a brief narration stating “The way of water connects all things.”

Creatures of the land on Pandora come out and walk around the tree as music from the film’s score kicks in.

Before long, we’re flying on a Banshee just like over at Flight of Passage.

Next, we dive into the ocean to explore the sea creatures of Pandora.

And finally, a whale breaches, rounding out the show with a lovely finale.

For a limited time beginning Dec. 12, the Tree of Life will awaken in the evenings with an all-new experience inspired by Pandora – The World of Avatar and the film, “Avatar: The Way of Water.” Produced by Lightstorm Entertainment in collaboration with Disney Live Entertainment, this new story sequence illuminates the park’s iconic Tree of Life with the magic of nature. The Tree of Life Awakenings shows are projections on the park’s icon that bring animals to life on its trunk.