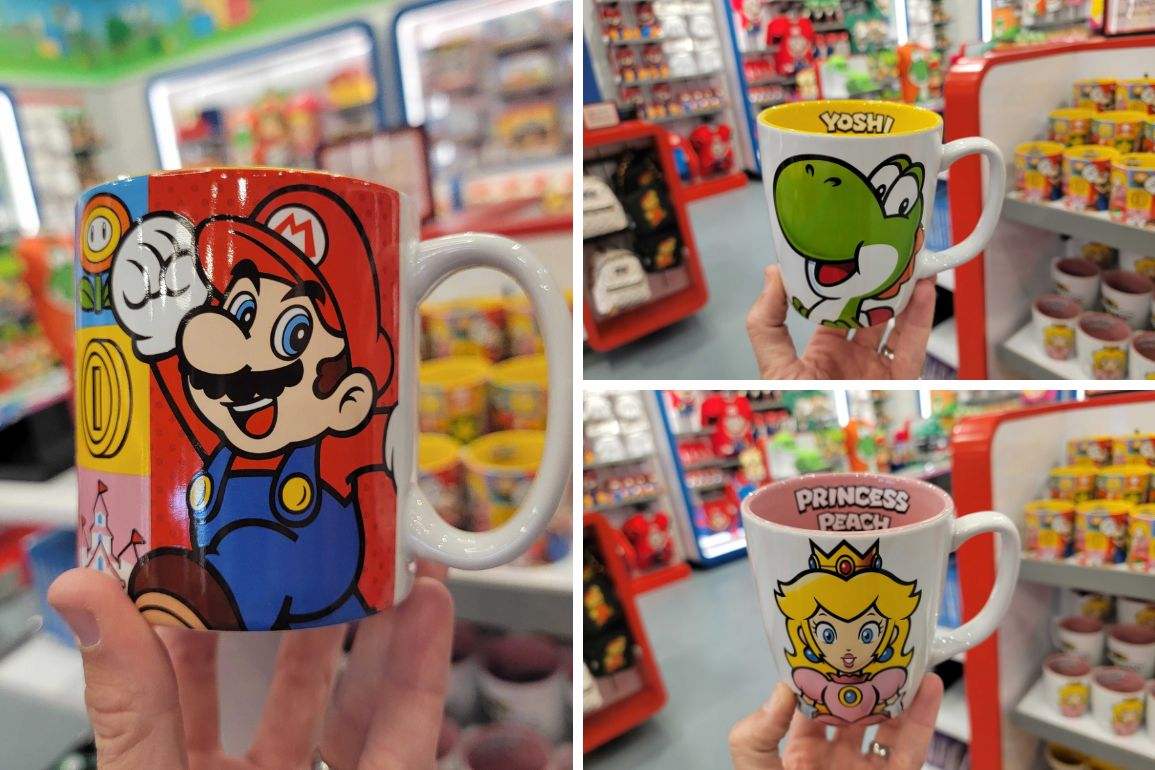 Perhaps the most all-encompassing in the collection, this new Super Nintendo World Mug features a classic Mario running alongside color blocks featuring many of the plumber’s featured friends and foes. A shocked Princess Peach, celebrating Yoshi, Luigi, and menacing Bowser, are all featured in color blocks accompanied by 1-Up Mushrooms, Super Stars, castles, and other icons.

A Super Nintendo World at Universal Studios logo is printed on the yellow interior. The white mug handle stands out from the blocks of bright colors and the mug’s bright yellow interior.

A smiling Princess Peach dons the majority of this mug. Opposite the Princess of the Mushroom Kingdom, the mug showcasing this classic Super Mario Bros character has a large Super Nintendo World at Universal Studios Hollywood logo.

This mug features “Princess Peach” in classic Super Mario Bros font on the lip of its pink interior. A crown stands out from a white circle background at the bottom of the empty mug.

The cheerful and friendly Yoshi is the main feature of this mug. Yoshi’s face protrudes forward on this white-faced mug, which also features the Super Nintendo World at Universal Studios branding on its opposite side.

Mario’s younger brother Luigi looks surprised to be featured on his own mug! With eyebrows raised and his classic overalls, Luigi’s mug has a matching green interior. His name is easy to spot on the inside lip of this mug which features the “L” from his hat at the bottom.

Like the other character mugs in this collection, the other half of the exterior also features the Super Nintendo World at Universal Studios branding.