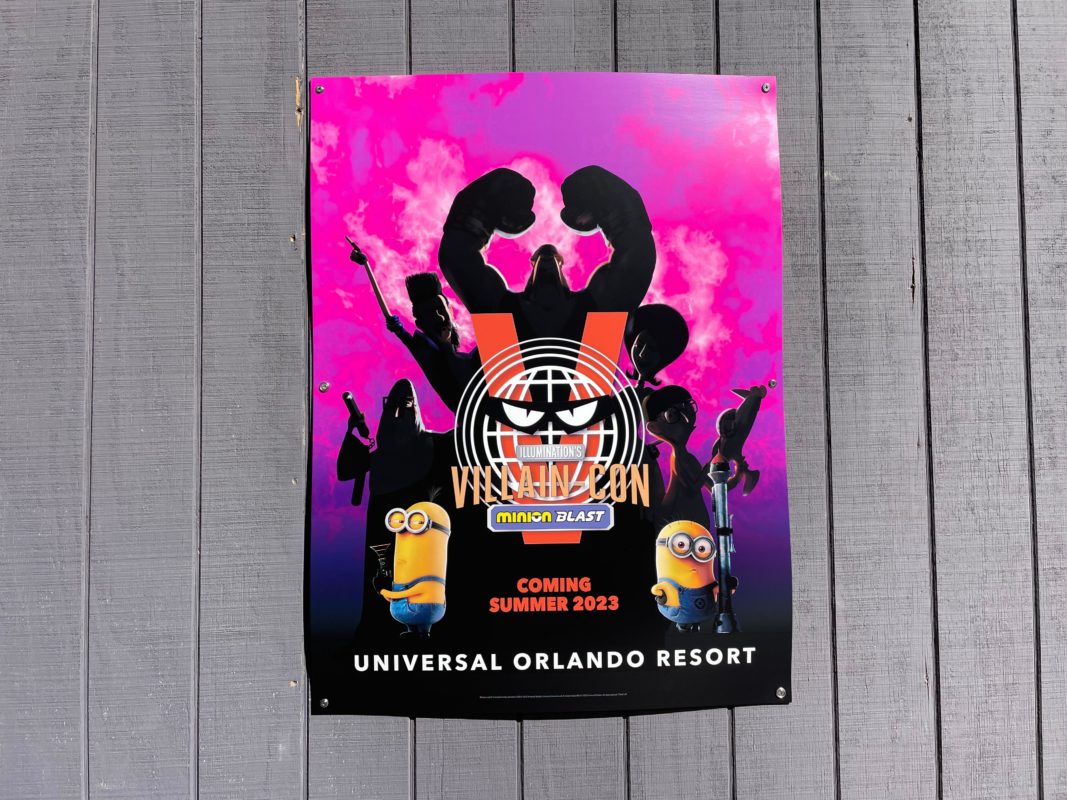 With the official announcement of Illumination’s Villain-Con Minion Blast, posters for the upcoming attraction have been added to the construction walls in Universal Studios Florida.

One of the posters hangs in front of the entrance, which has been encased in concrete since our last construction update.

The poster features the Villain-Con logo, two Minions, and the silhouettes of several villains from the franchise.

The villains pictured include Vector, Scarlet Overkill, and some of the Vicious 6.