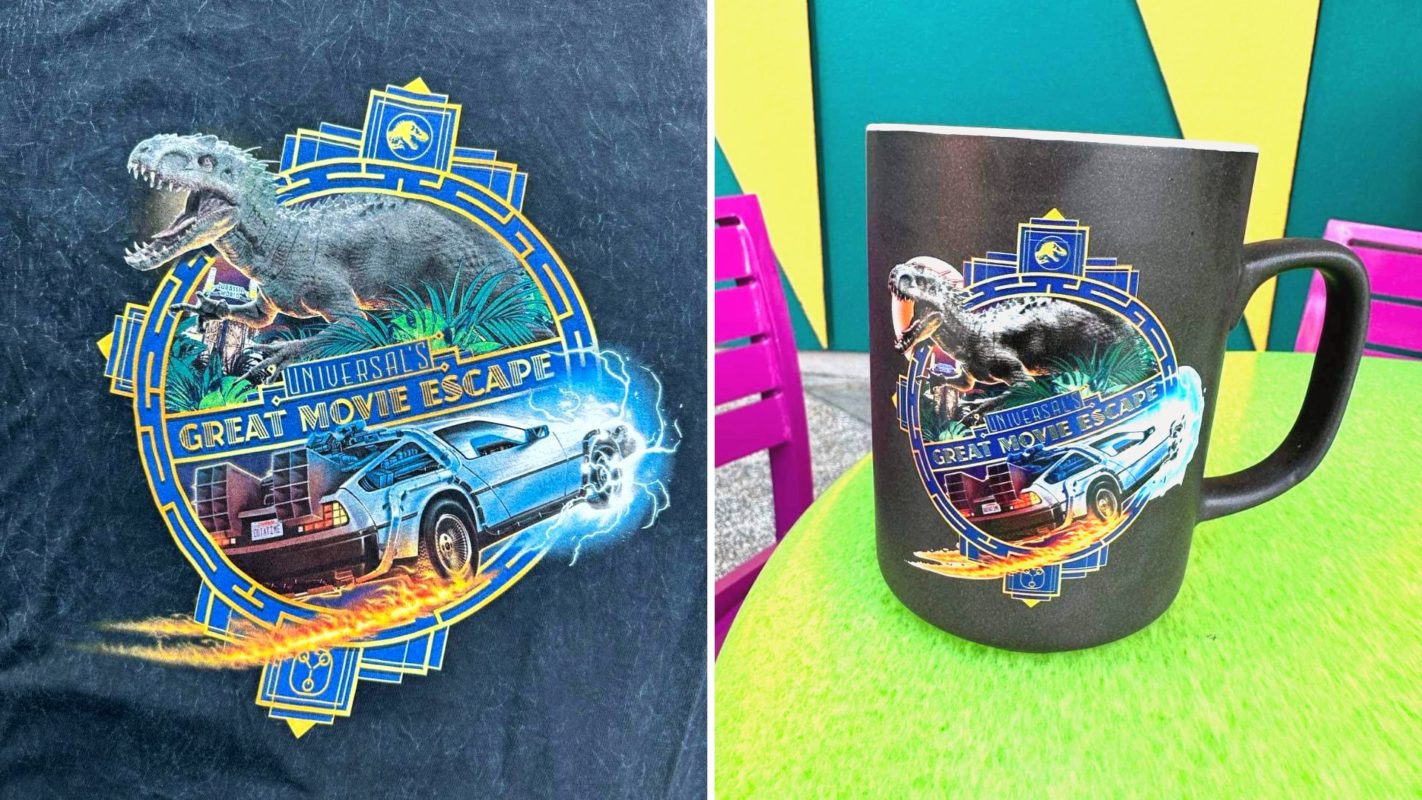 The official “Back to the Future” Twitter account has shared sneak peeks of some of the merchandise that will be available at Universal’s Great Movie Escape when it opens at Universal CityWalk Orlando on December 9.

The simpler logo with art deco lettering seems to be on the back.

A blue and gold maze, leading to a film strip lock is also on this shirt or a different one.

A black mug features the same logo with the Indominus Rex and DeLorean.

The escape rooms are called Back to the Future: OUTATIME and Jurassic World: Escape. Christopher Lloyd reprises his role as Doc Brown in OUTATIME.