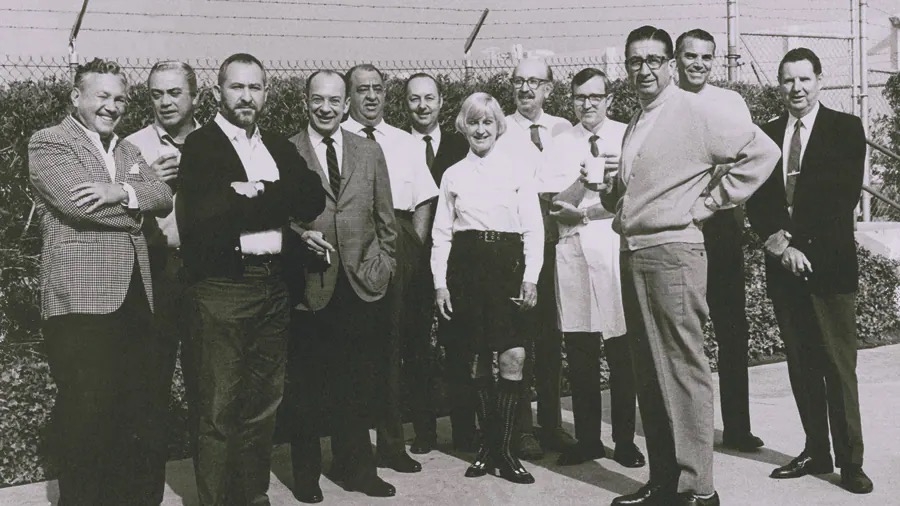 Disney is celebrating 70 years of Walt Disney Imagineering with a behind-the-scenes look at the creative team behind Disney Parks.

Walt Disney Imagineering was officially formed on December 16, 1952, 70 years ago today, as Walt Disney, Inc. A group of Disney filmmakers was chosen to design and develop Disneyland.

I can’t help but reflect on the many memories I have at Walt Disney Imagineering because of my role in communications and my dad being an Imagineer for more than 40 years. If you’ll humor me, I want to share a fun memento that came to mind. This image is from a 1989 issue of WDEye, an in-house publication that Imagineering produced. The child second-to-left is me, with a caption that speculates that this group of Imagineers’ kids would apply for a job here in 2010. Well, I was hired by Disney in 2010 (and later joined Walt Disney Imagineering)!

In honor of the department’s 70th anniversary, Iwerks & Co., the studio that produced “The Imagineering Story” on Disney+, created this short video featuring old behind-the-scenes footage of Imagineers at work: