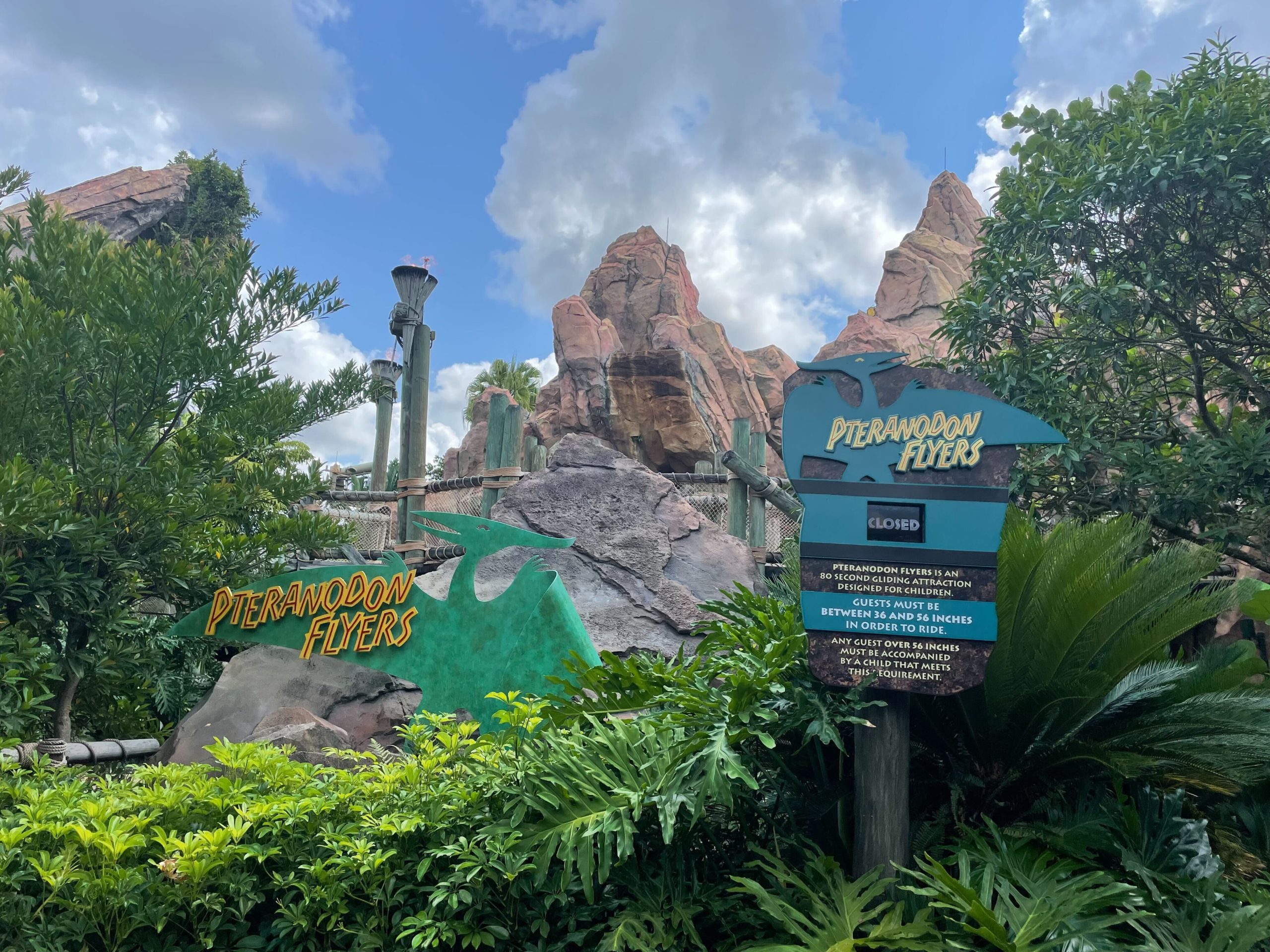 Pteranodon Flyers in Universal’s Islands of Adventure closed earlier this month for an indefinite amount of time. We now know it will reopen on December 25, Christmas day.

The Universal Orlando Resort calendar now lists the attraction as closed through December 24, 2022. There is still no listed reopening date for Dudley Do-Right’s Ripsaw Falls, which closed for unplanned maintenance in October.

Pteranodon Flyers shut down unexpectedly on the morning of Sunday, December 4 and has not reopened since. We know that about half of the Jurassic Park area and “Skull Island: Reign of Kong” were closed on that same morning. Team Members were not allowing anyone into that area of the park.

The fire department came to the rescue that morning. They arrived to evacuate some guests from Pteranodon Flyers, according to reports. Though we were reassured that this happens with the attraction occasionally, it failed to reopen. The extended closure implies that this incident was more than a routine problem.

Pteranodon Flyers allows riders to take flight beneath the 10-foot wings of a Pteranodon. Guests soar and swing in a seat suspended from a track above. Universal Orlando says, “this ride is perfect for younger guests not ready for big-kid thrills.” Some guests feel frustration due to the requirement that older guests must have a child under 56 inches tall to ride.