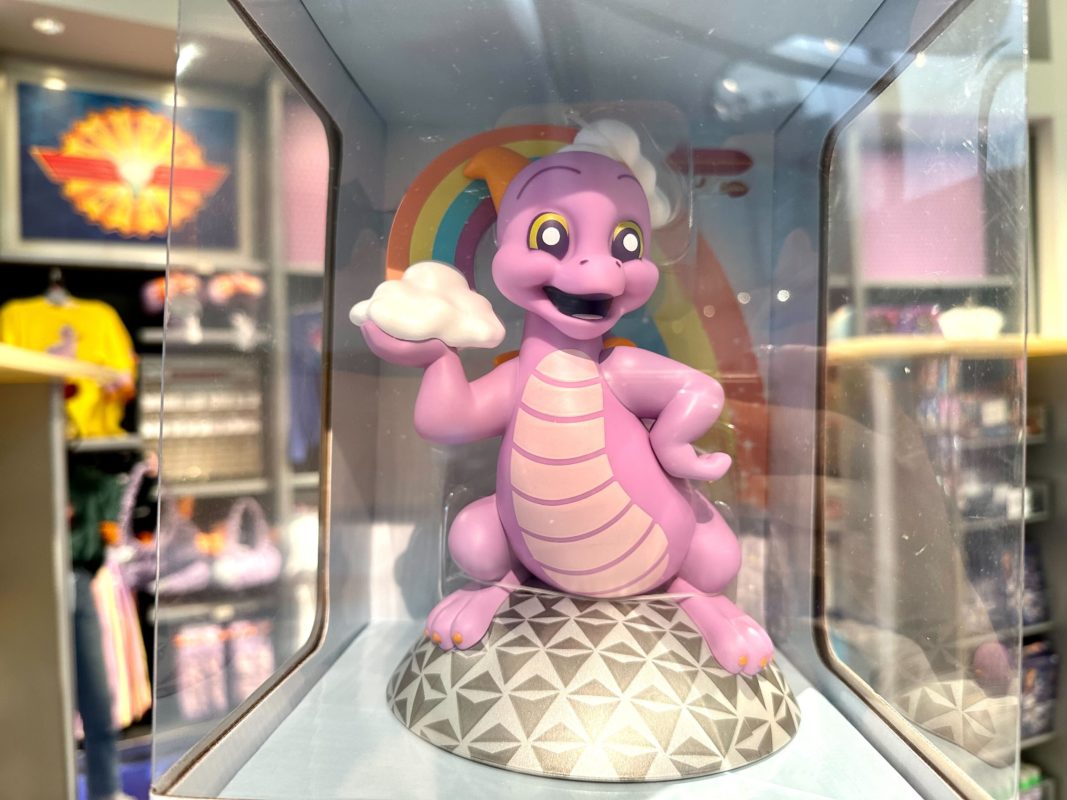 A new Rainbow of Imagination collectible vinyl figure is now available inside ImageWorks at EPCOT, showcasing the beloved Figment. The figurine was designed by Maria Stuckey as part of Disney’s WonderGround Gallery collection.

EPCOT’s beloved unofficial dragon mascot, Figment, stands atop of Spaceship Earth for this Rainbow of Imagination Collectible Vinyl Figure. With one hand on his hip and the other holding a rainbow sprouting from a cloud, a playful Figment is as adorable as ever before.

This whimsical figurine plays on the imagination and creativity Figment has been inspiring since the small purple dragon first appeared at EPCOT as part of the original Journey Into Imagination in 1983. The back of the box shows an illustrated version of the figurine’s scene, with a rainbow sprouting from Spaceship Earth in the background.

If the “Imagination!” pavilion has taught us anything, it’s that there’s no telling how long this Wonderground Rainbow of Imagination Figment Figurine will last on the shelves of ImageWorks at EPCOT. If you’re a Figment fan, be sure to grab this, and EPCOT 40 Ornaments featuring Figment, Spaceship Earth and World Showcase, on your next visit to Walt Disney World Resort.