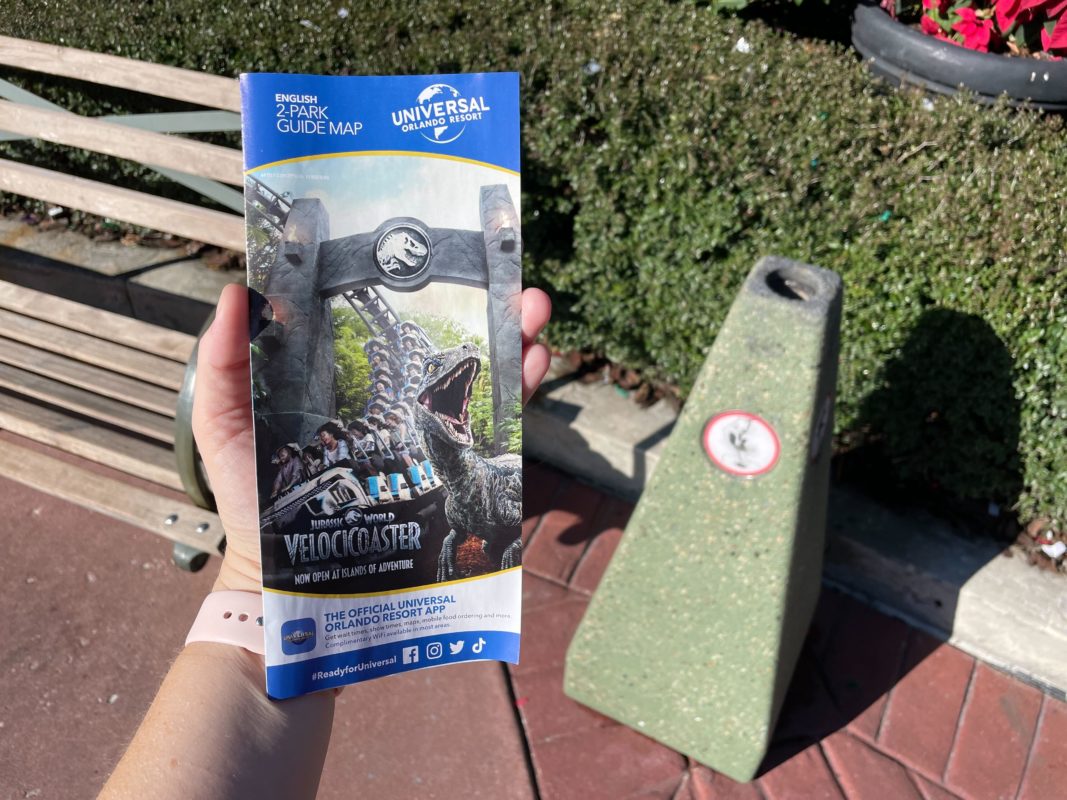 Universal Orlando Resort has released new guide maps for the new year. The new maps show just one smoking area in each park, a change we announced a few days ago. It also includes the relocated UOAP Lounge.

Previously, Universal Orlando Resort had several smoking areas inside each park, but they have been reduced down to one each. Smoking areas in CityWalk remain the same.

In Universal’s Islands of Adventure, the one remaining smoking area is in front of the lagoon in Port of Entry, not far from the park entrance.

A smoking symbol indicates its location on the map.

A notice on both park maps reminds guests that the Universal Orlando Passholder Lounge has relocated to Toon Lagoon in Universal’s Islands of Adventure.

The Lounge was previously in the Hollywood area of Universal Studios Florida. That building will now be used for the Tribute Store, which is moving locations.

In Universal Studios Florida, the smoking area is in Gramercy Park, in front of Revenge of the Mummy.

The park is the New York area of Universal Studios Florida.

In Gramercy park, small pyramids between benches have the smoking symbol on their sides and ash trays on top.

Smoking areas may be reduced at Universal Studios Hollywood soon, too.

Walt Disney World and Disneyland Resort parks went smoking-free in 2019, moving their designated smoking areas to spots outside of the park entrances. Of course, guests still try to get away with smoking inside the theme parks.