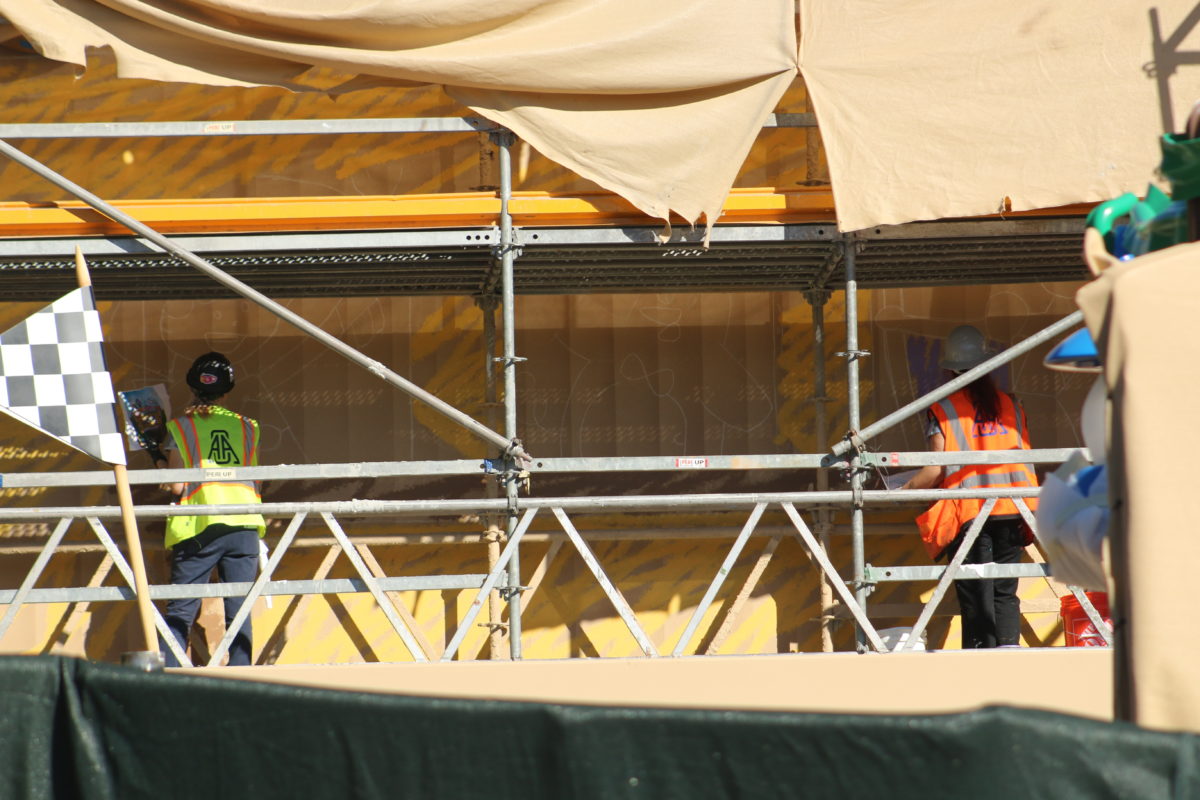 While Roundup Rodeo BBQ may not have made its original deadline in Toy Story Land, it seems on track for a spring opening at Disney’s Hollywood Studios. On our latest visit, artists were actively adding characters onto the façade.

The future table service restaurant is near the Toy Story Land entrance from Animation Courtyard.

It’s designed to look like a cardboard box Andy is using for a pretend rodeo. Recently, a giant pencil was added outside, in addition to the toothpick flag posts.

Today we spotted three artists at work, adding outlines of characters between the crayon-like scribbles.

They appeared to be sketching the white outlines while referencing concept art.

The character above appears to be a child-like drawing of Jessie.

Another artist was adding purple “scribbles” to another outlined decoration.

An outline of Wheezy can be seen between the two workers.

Their reference art is different from previously released concept art, pictured below.

It’s not uncommon for concept art to change as the project goes through development.

Meanwhile, Disney recently released photos of the interior of the restaurant.