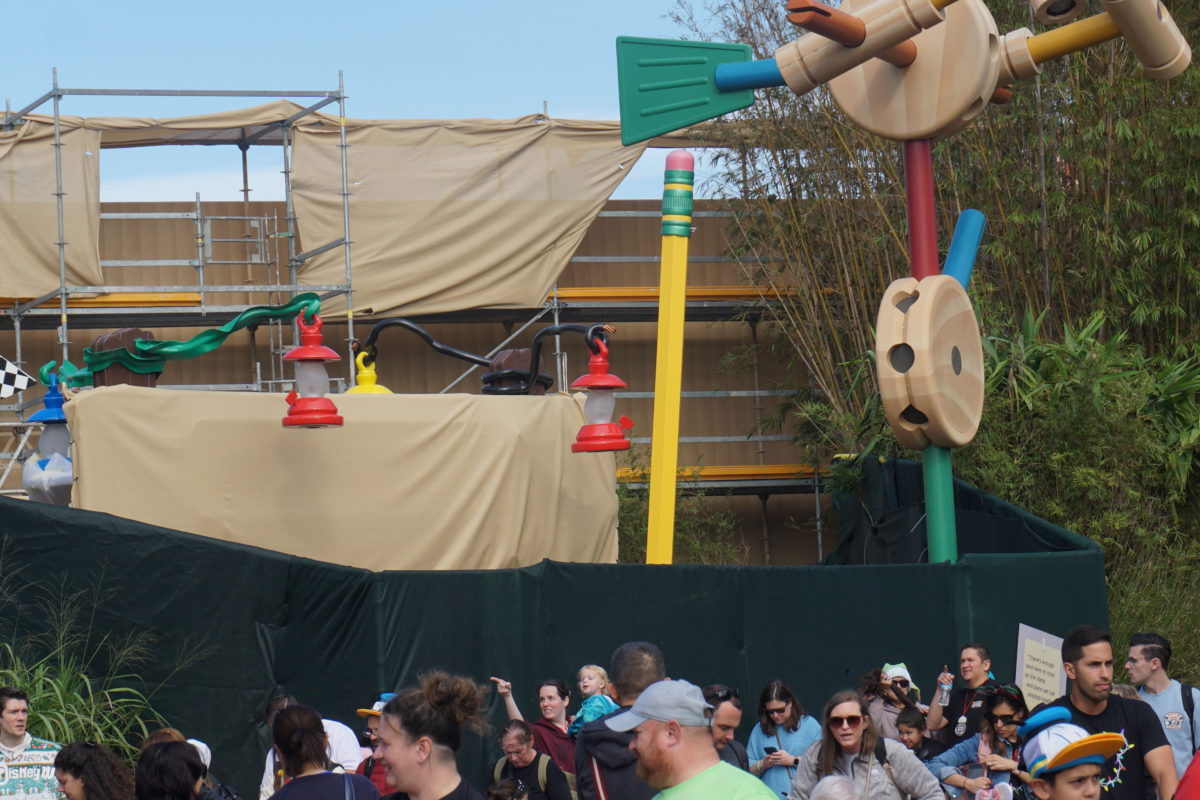 The grand opening of Roundup Rodeo BBQ, the table service restaurant coming to Toy Story Land at Disney’s Hollywood Studios, may have been delayed, but work is still underway outside. A giant pencil and more details have been added.

Even with work picking up speed, it was clear the restaurant was not going to make its originally scheduled 2022 opening. However, more details have now been added.

A giant pencil (because we’re all toy-sized here) is now standing outside the “cardboard box” façade.

Today we can also see more detail on the façade, with lines that make it look like corrugated cardboard. Now that more scrim is down for the cardboard detailing, we noticed purple “putty” holding the blue star flag to the box.

More toothpick flags have also been added. These have a checkerboard pattern evocative of race flags.

The concept art above shows an idea of what the finished product will look like. Of course, concept art often changes from initial to final designs. Take the major changes to Slinky Dog Dash, for example.

We recently got our first look at the restaurant’s interior; check it out here. You can also check out the table setting concepts, including a Barrel O’ Monkeys and Bucket O’ Soldiers.