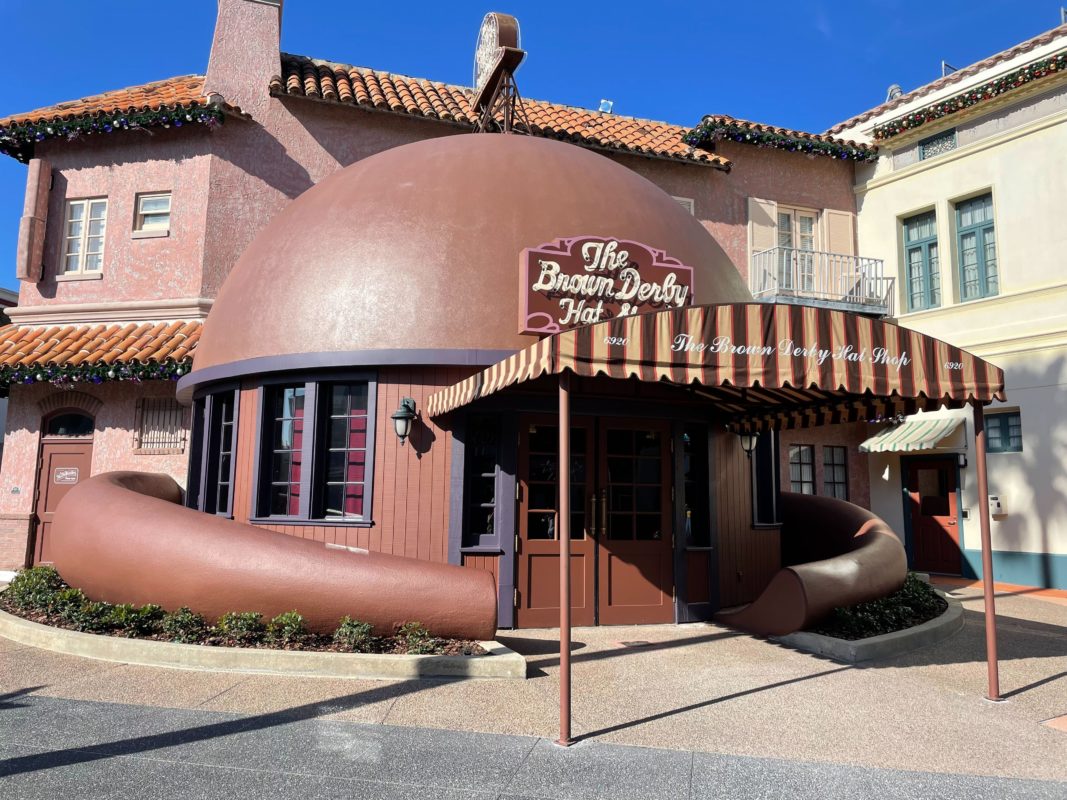 The Brown Derby Hat Shop in Universal Studios Florida has closed again after hosting a limited-time prop shop for the holiday season.

The windows are covered with curtains, so guests can’t see inside.

The awning remains. It was removed during the previous refurbishment but returned once the shop reopened.

We believe the props have been completely removed from the inside. Team Members indicated that The Brown Derby will reopen, possibly as a hat shop or a prop shop with seasonal items, but did not provide any further details.

The Brown Derby Prop Shop was a temporary replacement for the larger Williams of Hollywood Prop Shop, which closed permanently earlier this year in June 2022. Based on a few hints, it seems incredibly likely the former façade of Williams of Hollywood will be reused for the new Tribute Store location, which is moving away from the space near Revenge of the Mummy.