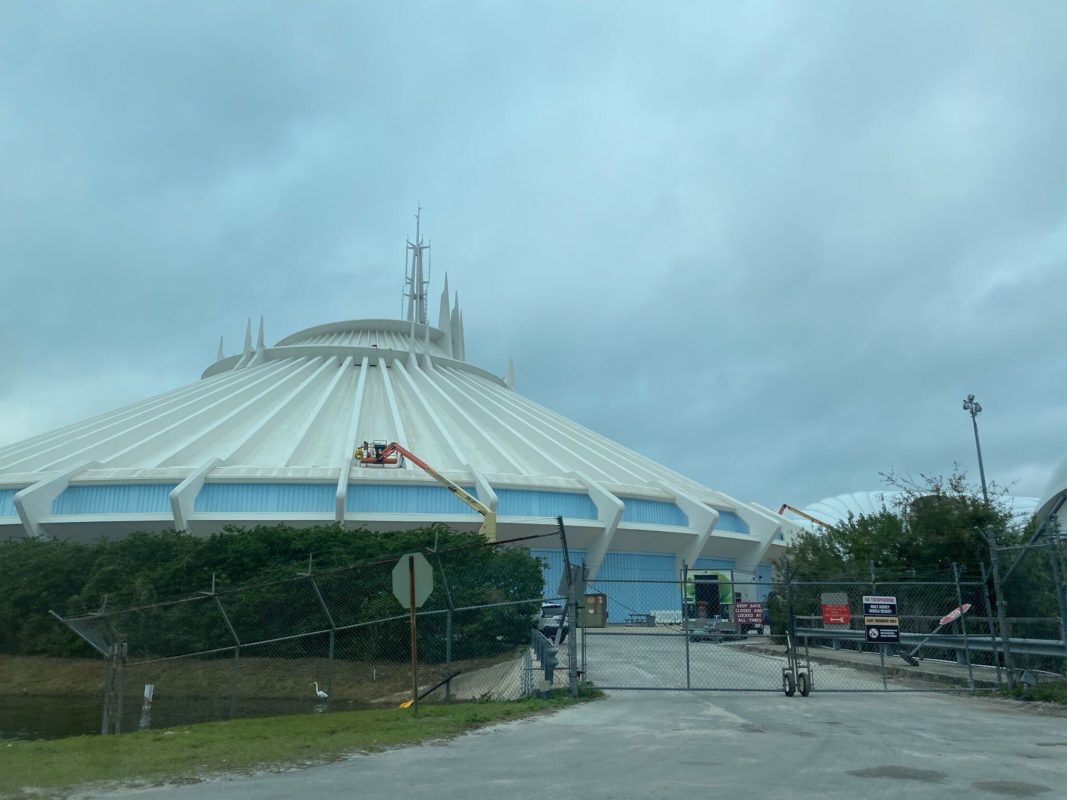 As public scrutiny continues around issues of cleanliness around the Walt Disney World Resort, it seems Space Mountain will be the next icon around the park to get some care, with crews spotted cleaning up the outside-facing side of the building today.

Just outside the Magic Kingdom, crews were spotted being lifted up the side of Space Mountain and starting to scrub and clean the side of the building. There’s certainly much work to be done, as most of the white building is covered in a light but very visible layer of dirt and muck.

It’s unclear whether this is also influenced in part by the upcoming media attention in Tomorrowland thanks to its soon-to-be next door neighbor TRON Lightcycle / Run opening in the spring.

As recently as December 30, the outside of Space Mountain was very visibly caked with dirt and grime from not being cleaned or repainted in quite some time. The panels between ridges have anywhere from a mild to fairly dark stretch of filth in each section, which naturally accumulates over time but is also easily cleaned and washed off. We can only hope this cleanup makes the nearly 48-year-old attraction look good as new in no time!

This is only part of a long string of neglect around Walt Disney World, with the boats of “it’s a small world” covered with rather unappealing black streaks and marks all over that was finally scrubbed off after public outcry.

Are you excited to see Space Mountain getting freshened up? Let us know in the comments below!