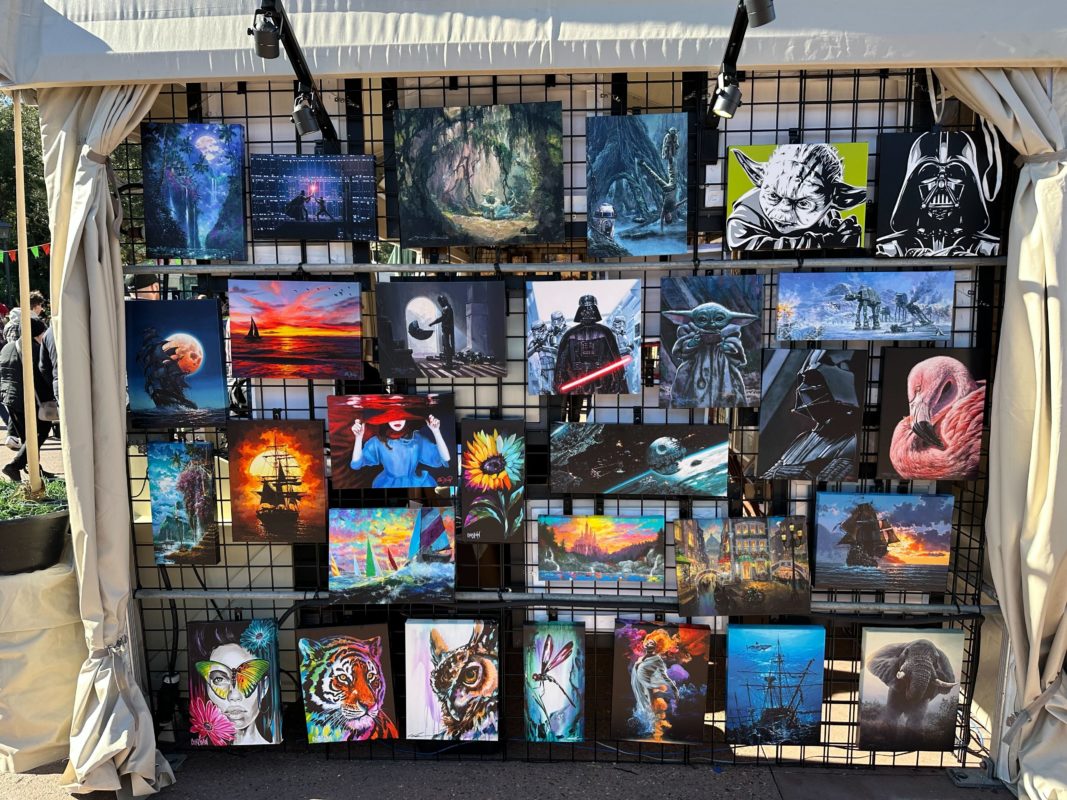 During the 2023 EPCOT International Festival of the Arts, the France Pavilion is home to Coleman Art, where a pair of artists are on hand to kick off the festival.

Both James Coleman and Rodel Gonzalez will make appearances at this booth.

While there is artwork here inspired by Disney properties, including “Star Wars,” there are also original works of art.

There are plenty of “Star Wars” pieces.

Gonzalez’s signing schedule is as follows:

Coleman will be available for signings on the following schedule:

In addition to the art being sold, the festival is home to fine and performing arts showcases like the Disney on Broadway Concert Series and culinary delights at numerous Food Studios. Keep reading WDWNT for ongoing coverage of the 2023 EPCOT International Festival of the Arts!