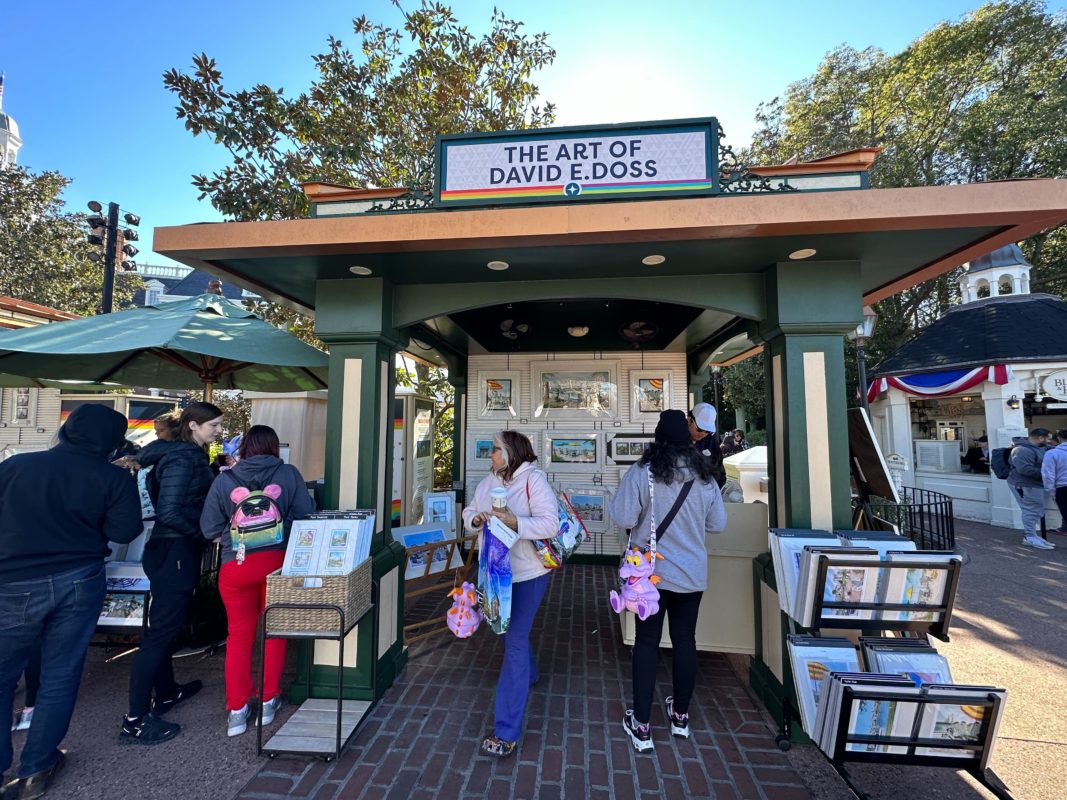 One of the returning booths to the 2023 EPCOT International Festival of the Arts is The Art of David E. Doss, whose work can be found at The American Adventure.

The Art of David E. Doss

There’s a booth with a sign for Doss, but a festival market booth is also dedicated to his works.

Doss is no stranger to Walt Disney World in his work. Last year, he celebrated the resort’s 50th anniversary with a series of renderings of Cinderella Castle as it appeared on opening day in 1971, its 25th anniversary in 1996 (when it was the infamous “castle cake”), and its 50th in 2021.

Prints of the Cinderella Castle series are available for purchase again this year.

He’s known for his beachy pieces, often featuring classic Disney characters hanging out by the ocean.

Another piece imposes Walt Disney World imagery over a beach scene, including Cinderella Castle, a monorail, Orange Bird, and more.

The Art of David E. Doss is open daily from festival opening to festival closing through Monday, February 20.

In addition to Doss’s inspiring artwork, there’s even more to enjoy at the festival, including Food Studios and the Disney on Broadway Concert Series. Keep reading WDWNT for continuing coverage of the 2023 EPCOT International Festival of the Arts!