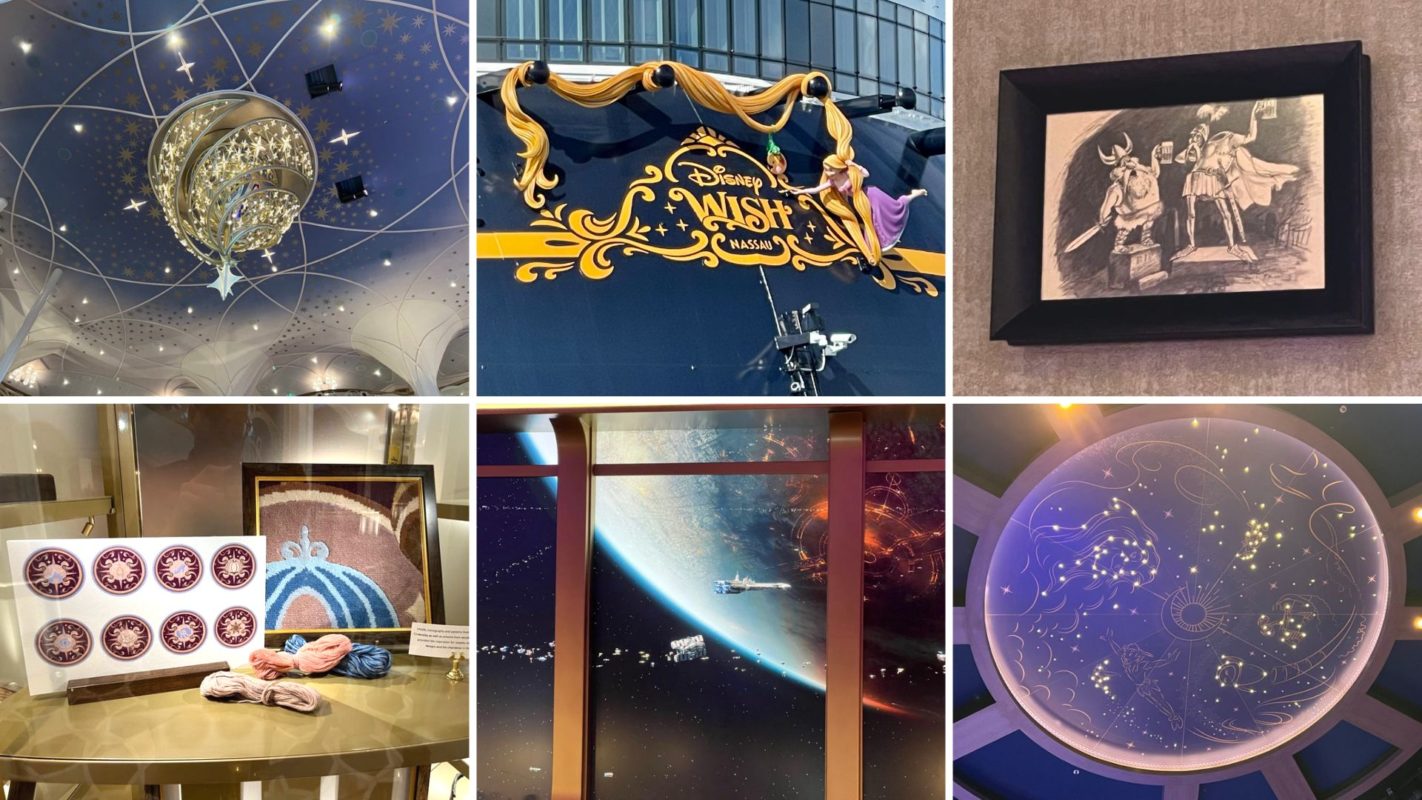 The Disney Wish has been sailing for several months now and with a few cruises, we’ve had the chance to find every (or at least almost every) easter egg hidden on the Disney Cruise Line ship. Watch our video of easter eggs below and read on for photos and details.

Inside Out Joyful Sweets

Mickey and Friends Festival of Foods

Watch our video of the guided walking tour of the Disney Wish for a closer look at some easter eggs and artwork: