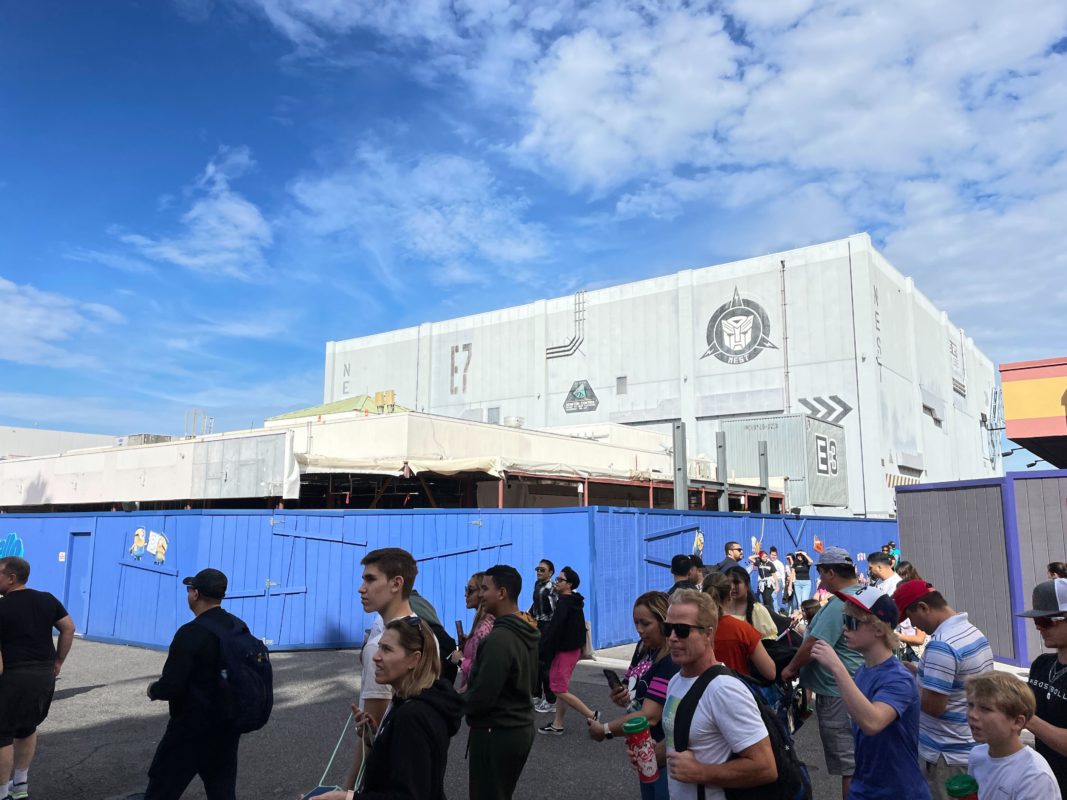 In early December, Universal officially announced that Universal Studios Florida would be getting a Minion land with the additions of Illumination’s Villain-Con Minion Blast and Minion Café. The attraction will take over the Shrek 4-D building, while the café takes over the Monsters Café spot. A week ago, we saw Villain-Con posters installed behind construction walls, but they are now covered.

The posters are in frames that poke out over the walls.

They’re covered in brown paper and secured with blue tape — likely not to keep them out of view as Universal has officially announced the attraction now, but to keep them protected while construction continues in the outdoor queue.

Lights above the posters have also been wrapped in plastic.

Further back, we could see DensGlass sheathing.

Across the sidewalk is the future Minion Café. It’s also utilizing the spot where Shrek, Donkey, and Fiona used to meet guests.

The walls of the old meet-and-greet spot have been taken down. Three tall steel supports, connected by two horizontal supports, have been installed in front of the roof’s overhang.

While posters are up for Villain-Con Minion Blast, there is no visible theming for Minion Café yet.

For now, the building is just plain white, with the Transformers building looming behind it.

Are you excited for the Minion-themed Illumination Avenue? Let us know in the comments.

PHOTOS, VIDEO: We Found Over 200 ‘Easter Eggs’ on the Disney Wish Cruise Ship