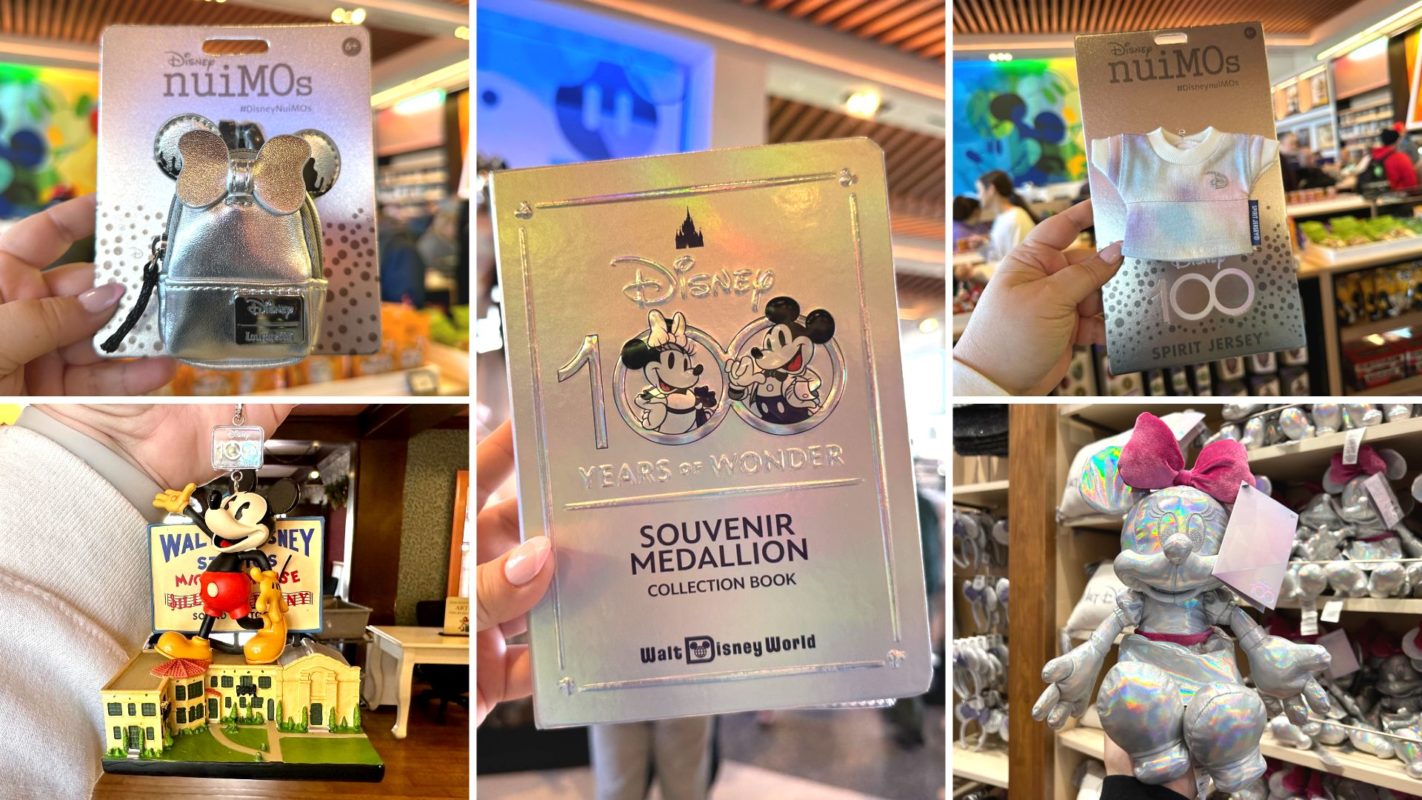 The medallion book has a shiny silver finish, with “Disney 100 Years of Wonder” embossed on the front. Mickey and Minnie, in their 100th anniversary outfits, are in the zeros.

The Walt Disney World logo is along the bottom.

Inside the binder are removable clear pages with eight pouches for medallions.

This book was in Creations Shop at EPCOT.

This tiny platinum Loungefly backpack matches the full-sized one, so you and your Disney nuiMOs plush can wear the same outfit.

It has a Minnie bow on the front and ears on the top.

The jersey is white with soft touches of purple, blue, and pink.

The Disney “D” logo is on the chest.

“Disney” is across the back.

The letters are made with silver puffy paint.

Both nuiMOs accessories were in Creations Shop.

Over at Magic Kingdom, we found this ornament in Ye Olde Christmas Shoppe.

It resembles the original Hyperion Studio that Walt Disney operated out of in the late ’20s and ’30s. A transparent “Disney 100 Years of Wonder” charm is on the top, with the detachable blue ribbon.

A large Mickey figure is strolling across the yellow building, in front of a giant billboard.

IN World of Disney at Disney Springs, we found this shiny Minnie Mouse plush.

Minnie is almost completely made of a shiny silver fabric.

Her bow and the belt of her dress are made with pink velvet.

Her eyes are embroidered with silver thread.