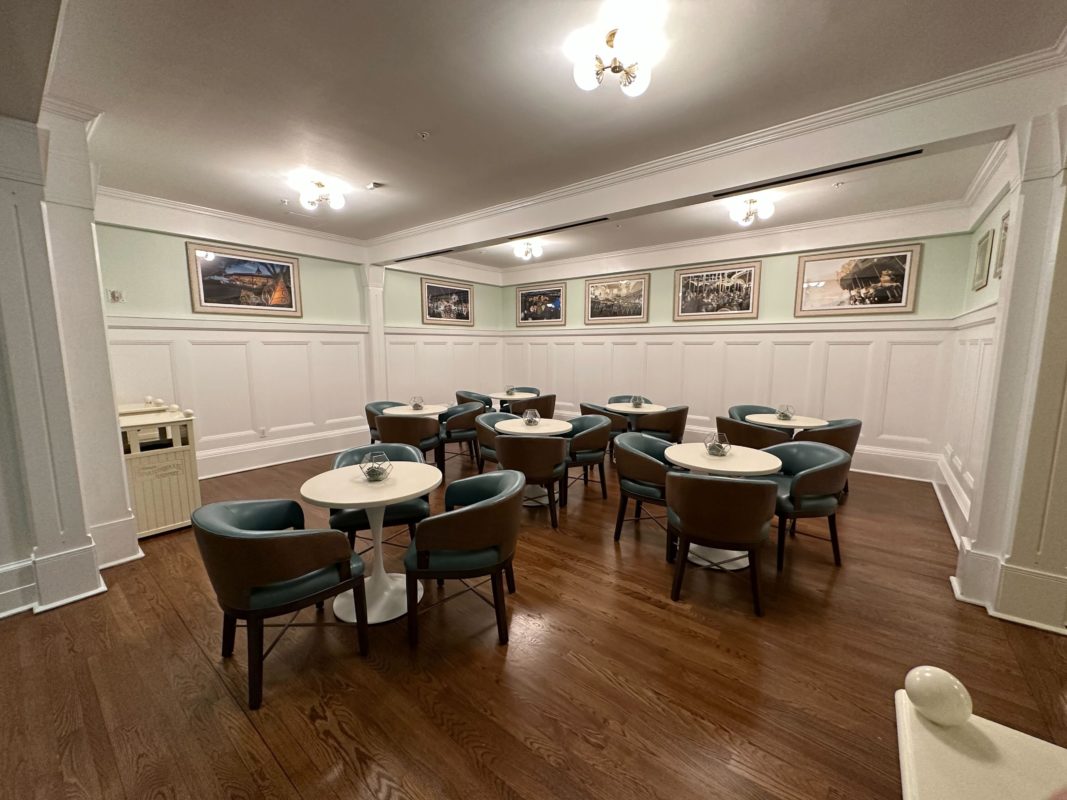 Carousel Coffee opened at Disney’s BoardWalk Inn last month, but its decorations continue to be updated. Two weeks after its opening, vintage photos of Julie Andrews were hung in the coffee shop and succulents were placed on the tables in the seating area. Now framed photos have been added to the seating area and the succulents have been placed in terrariums.

The seating area is separate from the actual coffee shop in the lobby of the resort.

There are succulents in terrariums on each table.

A succulent terrarium was also added to the table inside the coffee shop.

The photos in the seating area are mostly of Mad Tea Party and Prince Charming Regal Carrousel.

There is also one vintage photo of a boardwalk roller-coaster.

While the photos are mostly of Mad Tea Party in Magic Kingdom, some also seem to be of the attraction in Disneyland.

Carousel Coffee is adding fuel to the fire on the current hot-button issue amongst Walt Disney World fans: the removal of theme and story from Walt Disney World Resort Hotels. Of course, it has been discussed for years with the addition of “bland” new resorts such as Riviera and the remodeling of old favorites such as Yacht Club, the Contemporary Resort, and more. Now, with the lobby refurbishments looming at Disney’s Grand Floridian Resort and just outside these walls at the BoardWalk, fans are anxious about the future and if the touches and themes they love so much about these enchanting escapes will be erased in the name of industry-standard hotel design.

Want to check out a full review of the location? Come along and join us as we arrive at the grand opening!