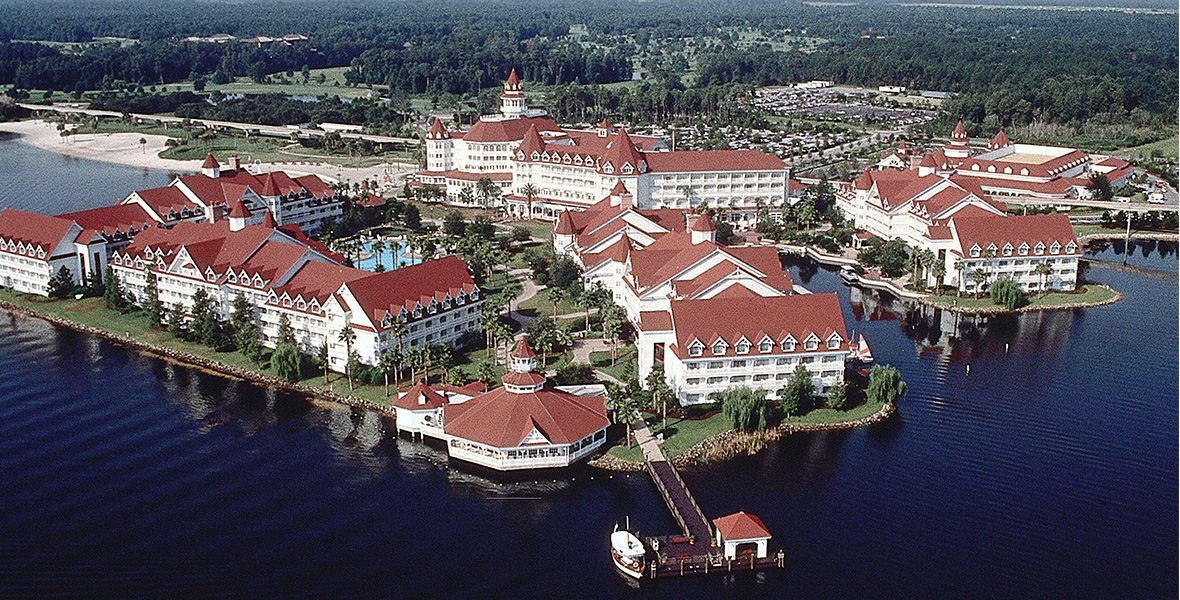 Eddie Sotto, a former Disney Imagineer who is recognized as one of the most influential theme park experts in the world, believes that Disney resorts are becoming too generic. On Twitter, Sotto responded to our story from last week on the upcoming refurbishment of Disney’s Grand Floridian Resort & Spa’s lobby.

“It seems that all those holistic cues that make Disney hotels themed and unique (why we go) are being ‘sanded down’ to be more like spaces in the ‘real world’ hotels ( we pay to escape from)”, tweeted Sotto.

This seems to be the general consensus among many Disney fans. It has certainly been a critique of WDWNT reviewers over the last few years as we’ve experienced new hotels such as Disney’s Riviera Resort, or remodeled venues at hotels formerly dripping with unique character, like the much despised new rooms at Disney’s Contemporary Resort. It feels common to see furniture and shelving units simply purchased from vendors and simple decals used to theme a room or a lobby space, when so often Imagineers used to design custom fixtures or go looking for actual antiques to properly fill out these amazing places.

Another former Disney Imagineer, Robert Holland, responded “So true.” Holland was the Vice-President of Resort [Hotel] Development, as well as opening EPCOT, so he knows the subject well.

Sotto also worked on one of the most beloved Disney hotels ever built (one that has some similarities to the Grand Floridian funny enough), the Disneyland Hotel at Disneyland Paris which blends magnificently into Main Street U.S.A. at what many consider to be the most beautiful Disney theme park on Earth.

Twitter user Morrigoon then responded, “Sounds like decisions being made by people who think adding a character name before a thing’s title counts as theming.” To which Sotto replied,” When you recruit management from the ‘real world’, rather than understand and perpetuate Disney, some opt to remake ‘Disney’ more into what they are used to.”

Another Twitter user asked Sotto if he had any opinion on what’s happing to the Disneyland Hotel in Paris and he said, “Not really. Have not seen anything.”

Many others agreed and said that the Grand Floridian will lose its charm and that a Disney resort “shouldn’t be a generic hotel you can stay in from a regular hotel chain down the road.”

With one final tweet on the subject, Sotto added, “Just want to take a moment to thank my friend, former Imagineer and Disney Legend Wing Chao for his hard work in leading the themed hotel movement (on land and sea) that got us those quintessential ‘escapes’ we still cherish so much.”

Chao, who was with Disney for over 37 years, is a widely respected pioneer in the hospitality industry, with over 100 project credits on his resume.

A recent Disney Parks Blog post confirmed what we reported this past spring, that the lobby would receive an update. “The ongoing renovation will also include an upcoming refurbishment of the lobby, which will maintain the classic theming you know and love with some fresh new enhancements,” read the statement.

Recent renovations to Disney’s Grand Floridan Resort & Spa include a complete facelift to Minzer’s Lounge. It has been given a “Beauty and the Beast” transformation into the Enchanted Rose Lounge.

Cítricos followed with a new Mary Poppins-inspired design. This will also be the theme of the guest rooms at the upcoming Disney Vacation Club rooms. The resort’s spa, which opened up this past January, also underwent a remodel.

Do you like the reimagining Disney has been doing to its resorts? What do you think of what is happening to the Grand Floridian? Let us know in the comments below.

Check out our other stories on Disney’s Grand Floridian Resort & Spa:

Check out the interview we did earlier this year with Eddie Sotto about his time working on Disneyland Paris: