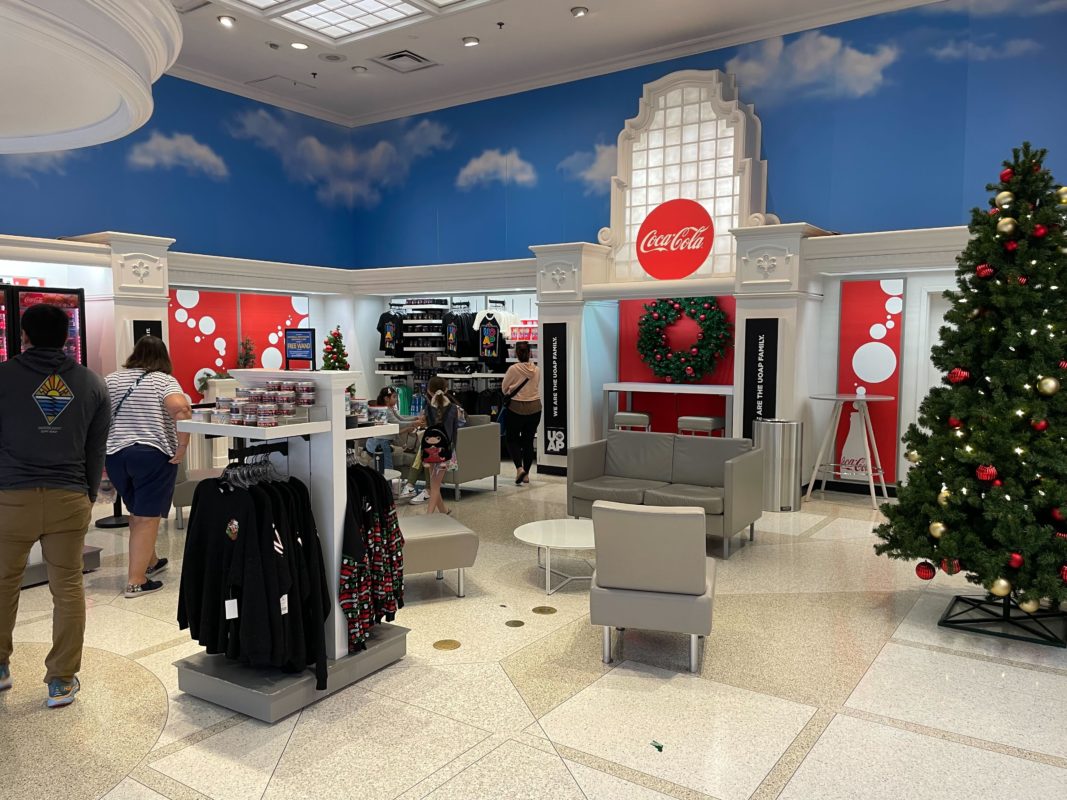 The lounge’s Studio Styles façade, as well as the adjacent Darkroom and Williams of Hollywood, will presumably be used for the new Tribute Store location.

The Darkroom and Williams of Hollywood closed earlier in 2022.

The front windows of the façade are blocked with red curtains.

The doors are covered in white curtains and have signs advertising the lounge’s move.

The lounge is sponsored by Coca-Cola, so it had red panels with white bubbles and Coke bottles on the walls.

It was still decorated for the holidays when we visited for the last time. There were Christmas trees and wreaths covered in red ornaments.

Exclusive Passholder merchandise is available for purchase in the lounge.

There are armchairs, tables, and stools for relaxing guests.

Some tables have built-in charging ports.

Being sponsored by Coca-Cola, there are also of course Coca-Cola products available for purchase.

The seating and tables will presumably be moved to the new location.

The new UOAP Lounge will be at the Betty Boop Store in Toon Lagoon.

Watch our video tour of the now closed UOAP Lounge below.