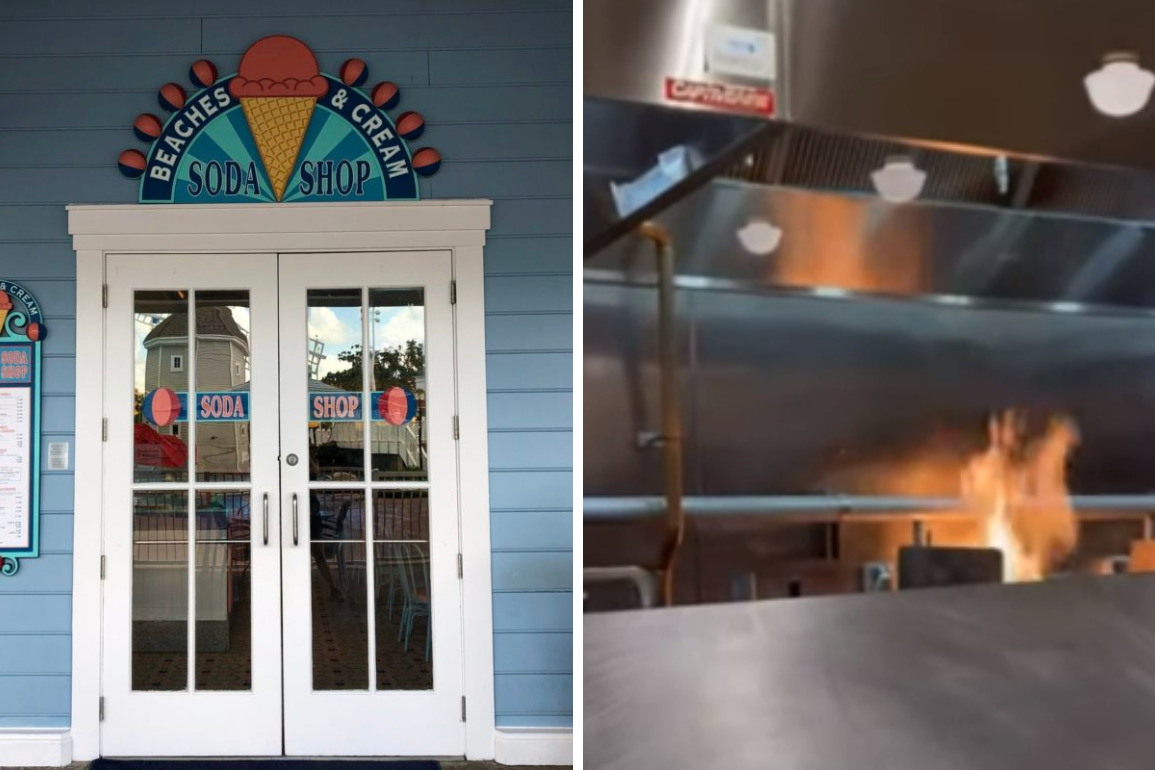 Beaches & Cream is located at Disney’s Beach Club Resort, which is adjacent to Disney’s Yacht Club Resort. Both resorts were evacuated after a fire broke out in the restaurant’s kitchen.

You can see the blaze in the video below, taken and shared by Jon Sykes.

According to Sykes, “During a routine service of one of the fryers, a gas line appeared to have ruptured, starting a fire. When Cast Members couldn’t stop the fire immediately, they called for the fire department and evacuated the restaurant, which then led to the hotel being cleared for safety as well. Everyone did their job, and to my knowledge, there were no injuries.”

Another reader sent us the above photo of the evacuation as well as the video below walking by the restaurant after the evacuation, where Firefighters can be seen inside.

Guests commended the Cast Members for a calm and quick evacuation.

The two resorts are within walking distance to EPCOT and a convenient boat ride to Disney’s Hollywood Studios.