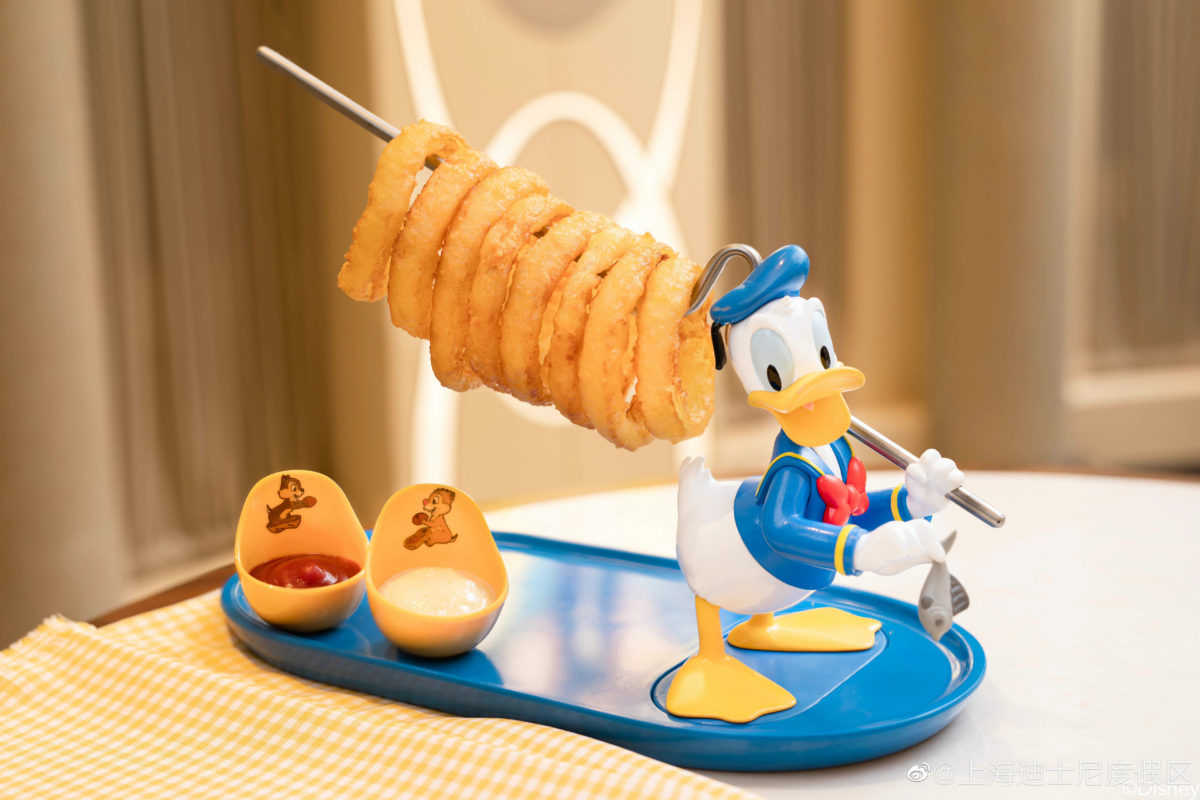 A statue of Donald greets guests at the restaurant’s entrance.

The bistro is surrounded with frosted glass windows.

Stained glass images of Donald and his friends line the interior of the restaurant.

A domed mural on the ceiling also depicts the characters enjoying themselves.

It will serve “freshly baked specialty pizza made by the in-house pizza chef, over-the-top milkshakes and rich sundaes in a variety of flavors, and whimsical desserts all in a charming, Parisian-style garden setting.”

Several of the dishes, especially the desserts, are served on plates with figures of Donald helping create the treats.

The milkshakes are topped with images of Daisy, Donald, Chip ‘n Dale, Goofy, and Donald’s nephews.

Donald is even burnt onto pieces of bread.

This steak is served with a Donald-shaped dollop of butter.