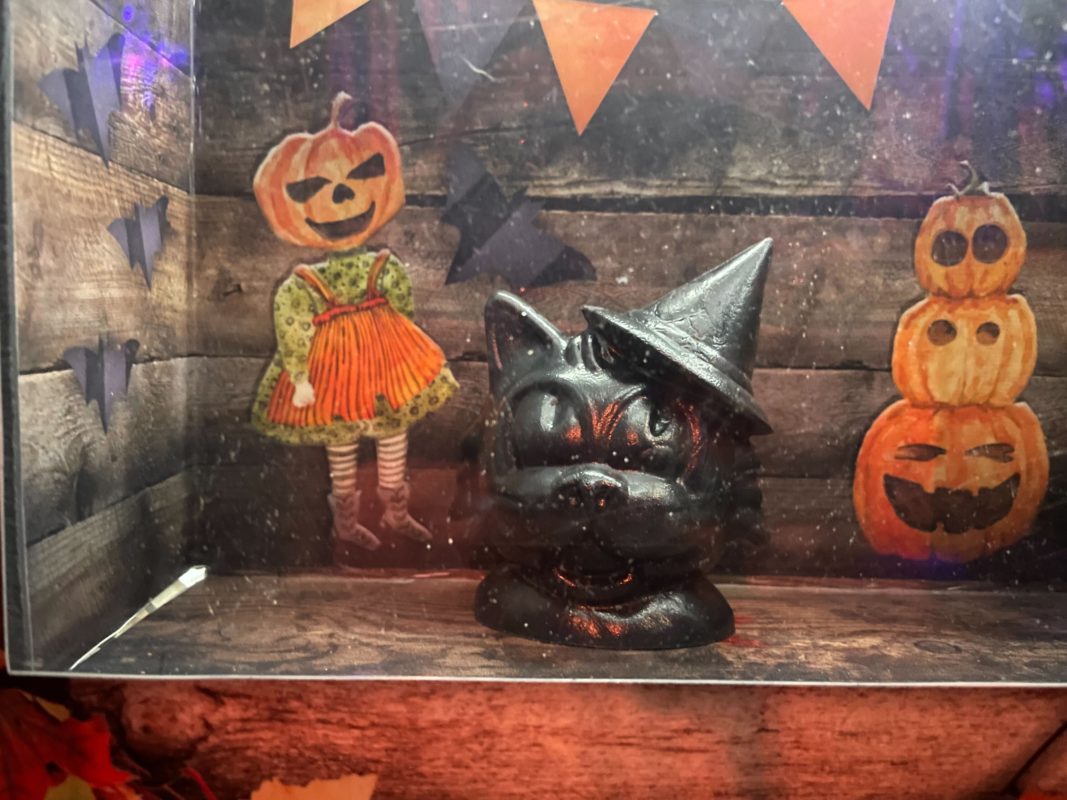 There’s a new version of the Halloween cat Mold-A-Rama figure available in the All Hallows Eve Boutique at Universal’s Islands of Adventure. The cat, which is named Henry, was previously available as a purple figure in the Halloween Tribute Store.

Henry replaces the lump of coal Christmas tree that was available in this Mold-A-Rama machine since November.

This version of the cat is black instead of purple.

The figure is otherwise the same mold that was available during the spooky season. It’s the head of a cat wearing a witch’s hat over one ear.

Will you be taking home this version of Henry the witch’s cat? Let us know in the comments.